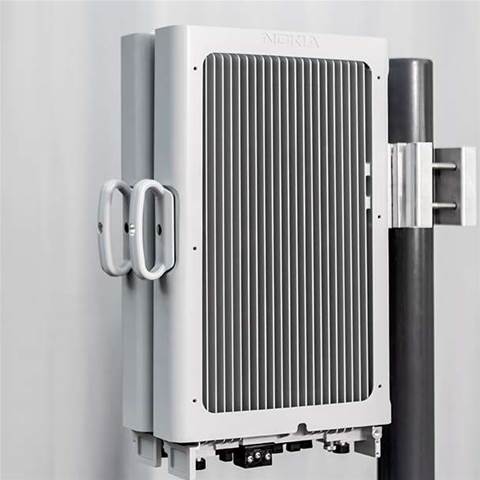 A Nokia AirScale base station. Supplied

Signs deal with Nokia to conduct trials next year.

Optus will work with Finnish telco equipment vendor Nokia to build an early prototype next year.

Nokia and Optus have already conducted small-scale, closed tests in Sydney. The test used Nokia's AirScale platform and a new 5G radio for fast data speeds and very low network latency for use in applications such as real-time robots, Optus said.

Optus aims to provide "extreme broadband" and low latency with the 5G service, as well as supporting large Internet of Things networks.

It believes the relatively low frequency 3.5GHz spectrum - with longer reach and better building and object penetration - will give it a leg-up on rivals.

The telco did not say when it expects to have a commercial service ready, nor what performance metrics it is aiming for.

Rival Vodafone in August said it would work with Nokia and Huawei to start testing the next-generation wireless data service, aiming to beat Telstra to a commercial service by 2020.

Telstra appears to have a small lead over its competitors when it comes to 5G: in September the incumbent demonstrated 5G transmission in public, using 800MHz of spectrum in the 15GHz band.

The demonstration achieved 10Gbps speed over a short line-of-sight test bed, but Telstra said it has achieved twice the performance in other trials.