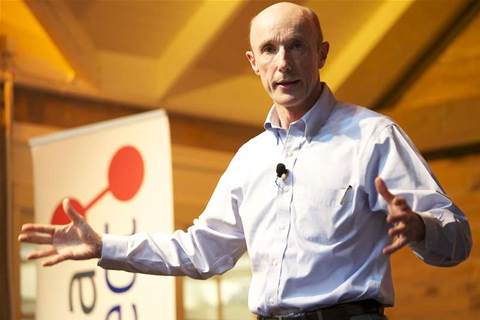 Calls for new ACCC powers to address threat to competition.

Optus chairman Paul O’Sullivan has called on members of the telecommunications industry to end the “crushing silence” surrounding the payments Telstra will receive for the national broadband network and the “huge” threat the cash poses to industry competition.

In a speech at a TransTasman Business Circle event today, O’Sullivan said he had been shocked by the lack of public debate around Telstra’s involvement in the NBN and the potential damage its payments could have on the Australian telecommunications industry.

“A perfect storm is brewing. It’s a result of the confluence of impatience within the electorate and a desire to see the NBN rolled out, and some very clever leveraging by the incumbent of its power. It’s the biggest risk to competition in communications since it was introduced in 1992.”

He said the current $8.4 billion in payments Telstra is forecast to receive from the Government over the next five years - more than three times Optus’ annual $2.5 billion profit - “could get even worse” as the Government moves towards a fibre-to-the-node model utilising Telstra’s copper.

“Telstra as we speak is involved in trials of fibre to the node using its copper, and it is widely expected that Telstra will have a role in helping the rollout of FTTN and ongoing operation and maintenance of the network,” O’Sullivan said.

"It’s only fair that they're going to want to use that money to bolster their market position, to cross subsidise, and to entrench their position in the emerging NBN, and maybe even in their existing mobile business."

While the shareholders of Telstra were entitled to receive fair recompense for the company’s goods and services, O’Sullivan said, the impact of Telstra’s NBN payments on the market needed “critical” examination.

He argued that short electoral cycles and pressure from citizens to get the NBN rollout underway had resulted in the Government feeling pressured to get Telstra to play ball on the NBN - with the consequences for competition therefore relegated to second priority.

“The argument around the NBN has been too focused on technology and rollout. [We need] to move from the debate around FTTN and FTTP .. to the key issue that confronts the industry,” he said.

“The average person on the street is about to be delivered a new industry structure that has huge potential to stifle competition and immeasurably give rise to inferior and more expensive communications services in the future.

“And the ultimate insult is that he or she will be paying for this out of their taxpayer payments. I think it’s time we gave this inconvenient truth the airing it deserves.”

O’Sullivan made three recommendations to improve competition, including establishing breakout rules for Telstra’s involvement in the NBN.

“We need a way to check how Telstra spends its money. And there isn’t a good way to do that today. The current competition rules have several severe flaws in them," he said.

While Optus was not looking for more regulation, O’Sullivan said, the ACCC needed new powers to allow it to target areas where there is a single dominant player, and where there was a potential for significant market power to be misused.

“If there’s one lesson after the last decade of unbundling the local line loop, it’s that no amount of regulation can overcome the conflict of interest that will exist for any company in how you provide access to competitors to a network in order for them to compete against it,” O’Sullivan said.

“You simply can’t regulate for it. Putting a company that competes in the market in charge of network access is like putting a fox in charge of the henhouse.”

He called on the Government to separate Telstra along the lines of BT’s Openreach in the UK, which operates as a separate infrastructure division to BT in order to provide equal access to BT’s network to rival operators.

Telstra agreed with the then-Labor Government as part of the initial $11 billion agreement with NBN Co to structurally separate its wholesale fixed-line and retail business so Telstra was not able to use its power to gain advantage over its retail competitors with the NBN.

O’Sullivan said the BT model - in which Openreach operates completely separately from BT and is not managed or supervised by BT management - was an ideal model to follow in Australia.

When questioned on whether Optus would follow internet service provider TPG and take the NBN on at the network level, O’Sullivan said the telco would reserve its position until rules around access to the NBN were made abundantly clear.

"These debates have already been had in Parliament, at industry events, in the media and through numerous Government reviews. Mr O’Sullivan may have missed them when he was in Singapore, but that doesn’t mean they didn’t happen," van Beelan said.

"We remain committed to structural separation and a new future for our industry where competition, investment and innovation can flourish free from endless unproductive debates over regulation."