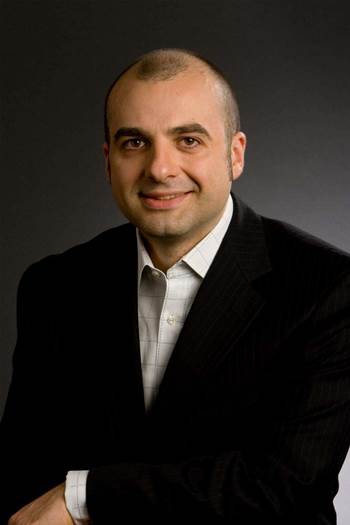 Singled out by VMware as enterprise cloud compute of choice in Asia.

SingTel-Optus has been named as one of five global service provider launch partners for a technology that will enable organisations to securely provide IT as a service to end-users.

vCloud Director, originally developed under the code-name 'Redwood' and officially launched today at VMWorld in San Francisco, promises to provide enterprise IT administrators the ability to create and publish service catalogues (akin to an enterprise app store) that end users can consume on-demand using pre-defined management and security policies.

Further, vCloud Director has been developed such that these same management and security policies can apply to workloads migrated onto third party cloud computes that are certified by VMware as providing 'vCloud Datacenter Services'.

[Technically speaking, this secure migration is made available via vApp containers - VMware's implementation of the Open Virtualisation Format XML schema.]

The five providers to carry this VMware certification from day one include Verizon, Terremark, Colt, BlueLock and SingTel - the latter includes Optus/Alphawest in Australia.

Bill Chang, executive vice president of the SingTel Business Group said the service will be available in Australia and Singapore using the resources of 15 SingTel data centres across Asia. Representatives from Optus have since told iTnews that the carrier is yet to make such services available to the public.

"The cloud is a once in a generation change for a telco," Chang said. "We used to launch a new product every nine months, now its every few weeks."

VMware director of product marketing Bogamil Balkansky [pictured] told iTnews that with 1600 vCloud certified service providers worldwide, the vendor had to choose a select few for which it could guarantee the technology would work seamlessly. He said the choice would otherwise be "overwhelming for customers".

Balkansky expects only a "few dozen" partners globally would be certified as 'vCloud Datacenter Service Providers'.

"We needed to have a best of the best, a quality set of partners we could go with jointly to our customers," said VMware CEO Paul Maritz.

The vCloud Director product was announced together with a new suite of virtual security appliances that enable workloads to securely move between on-premise and third party clouds.

These virtual appliances - again sold per-VM and marketed under the name of vShield - are designed to fence off specific virtual machines (the vShield Endpoint product), fence off an application or multiple applications with similar security characteristics (the vShield App) or to fence off the perimeter of a data centre (vShield Edge).

The vShield Edge product uses the functionality of third party security products (from Symantec, RSA etc) within the context of a migratable virtual machine.

"Security policies traditionally apply to a server, but apps now move around servers," Balkansky said. "What we are now looking to do is enable policies to travel around with that app."

Herrod simulated an end user choosing an application from an on-premise service catalogue that was deployed on an internal 'virtual datacentre' (a virtualised stack of compute, storage and network resources).

He then showed how an administrator could choose to push that application from within the organisation's internal infrastructure onto a pool of resources provided by a third party cloud compute (certified under vCloud Datacentre Services).

Crucially, he showed how vCloud Director ensured that the same management and security policies applied to that application moved back and forth between these pools of infrastructure.

He also demonstrated the creation of a secure VPN tunnel between a virtual data centre deployed on-premise and another within a third party cloud - a feature of the vShield Edge product.

This could enable, for example, an application running on an external cloud to gain secure access to file servers running on-premise.