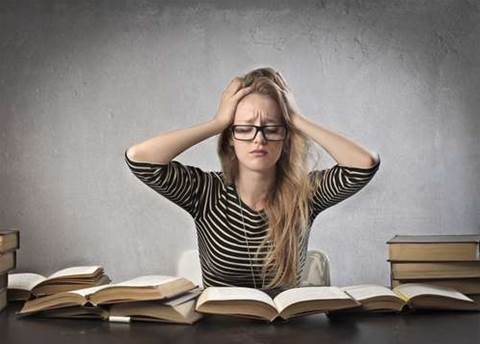 Less likely to drop out of studies.

Chief information officer Michelle Beveridge told iTnews that the online-only institution switched to a Salesforce stack in a nine-month project that culminated in a go-live on July 1 this year.

The stack covers everything from customer relationship management through to sales automation, social media marketing and IT service desk and internal communication.

Its primary purpose is to capture and present all information about a student on a single page that all relevant OUA staff — from sales advisers to student counsellors — can pull up when they talk to that student.

It is hoped this will improve "conversations" with the student, and ultimately have flow-on effects for the institution's bottom line.

Beveridge said the move to Salesforce accompanied a cultural shift aimed at forging deeper relationships with students that went beyond simply selling them on signing up to study.

"Because we sell our product subject by subject, we're very keen for the continuing sales," Beveridge said.

It's also about getting a higher proportion of students to stick with the studies or subjects they initially sign up to.

"Studying and education is a big decision point for people," Beveridge said. "It's a bit like in the insurance industry where you have a cooling off period. In the excitement of, 'Yes I'm going to enrol in something', sometimes life gets in the way, so there is a three or four week period where we give students the opportunity to say 'My life has changed, I don't think I can do it after all'."

Beveridge says that so-called drop rates were "quite high" prior to July, when the institution's strategy was more geared to making "fast sales" than fostering long-term relationships. Within four months of go-live of the new integrated platform, drop rates had been turned around.

"We're now getting fewer drops and fewer withdrawals from the students because the quality of the conversation we're having with them is better," she said. "Once we've got them on the hook they're staying there".

One of the main pieces of OUA's project was the swapping out an existing PeopleSoft CRM system in favour of Salesforce. OUA will continue to maintain a second PeopleSoft application used to manage academic records.

With Salesforce CRM in place, the idea now is to create a data record for a student as early as possible in the sales cycle.

"Typically [prospective students] go to our website first, and they'll start to look through the courses," Beveridge said. "Typically they will pick up the phone and call us [or request an email back].

"We have live chat as well, so if we see that they're hovering on a particular page we'll get them in live chat and ask what advice they need. Then it's a matter of having the conversation."

All of that conversation is tracked in Salesforce. If the student buys into a subject — and keeps it after the cooling off period — they can now expect a call from a student counsellor to check how they are settling in. The counsellor is also working from the same student record, providing complete visibility of how the student has reached a particular point.

"Once the student has started studying with us, we ring them back within the first three weeks and ask how they are going ... because it's difficult for some people when they first start," Beveridge said.

"As we go through that conversation - if we feel that that student needs more support - we have levels two and three support [available]. Level 3 gets right into coaching about family issues and that sort of stuff."

CRM also works with other elements of the Salesforce stack at OUA, including marketing cloud — the rebrand of what was formerly known as Radian6, which is primarily used to manage engagement via social media channels.

"We're doing a lot around social media, seeing what's being said and communicating with our students back through that mechanism," Beveridge said.

Given the decision to run various components of Salesforce, Beveridge is unsurprisingly pro-cloud architecture and its adoption.

"I think the more we can do cloud, the better," she said.

OUA has already shifted to an infrastructure-as-a-service offering run out of Amazon Web Services in Sydney. Next on the list is the telephony platform in the institution's call centre, which Beveridge sees as another possible candidate to run in the cloud.