Only room for a few players in cloud market: AWS' Jassy 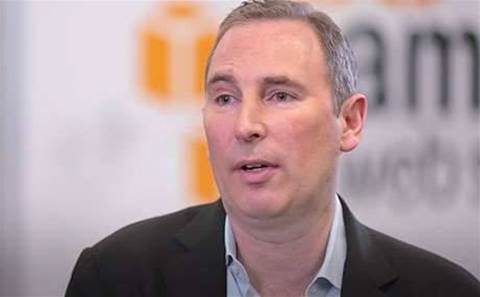 Boss says trillions of dollars are up for grabs.

AWS boss Andy Jassy has forecast a fully mature public cloud market will have room for no more than 30 players worldwide, even as the world’s corporations pour what he predicts will one day be trillions of dollars into off-premises compute.

He told the AWS Re:Invent conference in Las Vegas today that his US$13 billion business - already growing at 55 percent year-on-year - is just in its “early stages” and stands to capitalise on a worldwide on-premise exodus.

“If you believe, like we do, that in the fullness of time very few companies will own their own data centres ... all that computing is moving to the cloud,” he said.

But Jassy claimed AWS doesn’t see itself reigning over a cloud monopoly.

“It won’t just be one successful player. I think several players will be successful," he said.

However he did forecast that the cloud business could grow to become the biggest earner in the Amazon group, a big claim considering Amazon’s consumer business brings in more than US$100 billion a year.

“The market segment size of the spaces we are addressing is very large and very high potential. We are very optimistic that can happen," he said.

Jassy said in the new public cloud world, customers will have “x-ray vision” to weigh up the true value of the IT resources they are paying for and benchmark them against the competition.

He didn’t miss the opportunity to twist the knife in on the “old guard leaders” of technology - particularly his very public sparring partner Oracle CEO Larry Ellison, who used his own conference keynote in September for a lengthy takedown of the cloud provider.

Jassy said public cloud’s transparency “allows you to see through the hand-waving and bombast” of the “old days”.

“Because it was so hard and so expensive to test and experiment over any period of time, you would get these old guard leaders who would stand up and make all types of wild claims, and set benchmarks to suit their own purposes, or take out full page ads claiming whatever they claim. And you had no visibility to know it was real,” he said.

“That ship has sailed - kind of like an America’s Cup ship.”

With enemies on one side, on the other AWS has cemented a working friendship with virtualisation giant VMware, with CEO Pat Gelsinger even joining Jassy on stage in Las Vegas.

It recently announced the partnership will make it easier to integrate applications running on VMware virtualised servers with AWS, to appease the pair’s common ‘hybrid cloud’ customers.

Paris Cowan travelled to Re:Invent as a guest of AWS