One in three suffer cyber-bullying 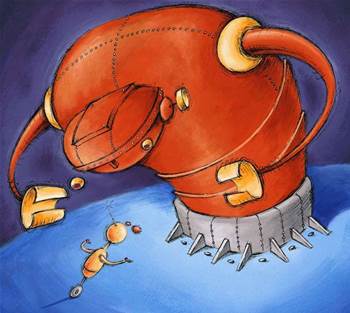 One in three children has suffered from some form of online bullying, according to research from the Pew Internet and American Life Project.

Girls are affected more than boys, with 38 per cent suffering compared to 26 per cent of boys.

However, two-thirds of the 935 teenagers surveyed felt that offline bullying was more of a problem than online abuse.

"I have heard of [online bullying] and experienced it," said one of the interviewees.

"People think they are a million times stronger because they can hide behind their computer monitor. I just ignored the person and went along with my own civilised business."

The most common form of abuse is forwarding personal messages to a group or putting them online on a website.

One in 10 people had received a threatening SMS, email or instant message, nine per cent had had a rumour about them circulated and six per cent had had embarrassing pictures posted online.

The researchers speculated that the ease of duplication of material lends itself to mass bullying. Users of social networking sites also reported twice the level of bullying than those not registered on such sites.
Got a news tip for our journalists? Share it with us anonymously here.
Copyright ©v3.co.uk
Tags:
cyberbullyinginoddwareonesufferthree