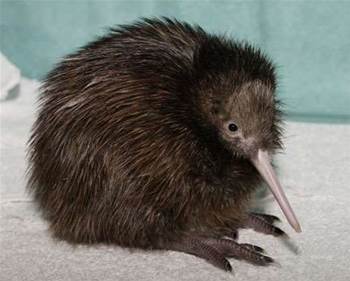 Lands “choice” gig at digital-savvy force across the ditch.

Northern Territory Police CIO and long-time NSW government IT executive, John Labou, is heading back to Wellington to take up a plum job with the digitally-advanced Kiwi cops.

The Canadian spent 18 months in the top end working to connect its small police force, which is spread over a vast and often very remote geography.

He used his links to the NSW state government - where he once headed IT for Families and Community Services - to discuss ways his officers might work alongside the NSW Police Force to make it possible to buy a fleet of body-worn video cameras.

The NT police is already one of the only forces in Australia to be fully equipped with tablet computers for all frontline cops.

Now Labou will head back to New Zealand, a country he left in 2006 after stints at the NZ Post, the Ministry of Economic Development and Ministry of Foreign Affairs and Trade.

Labou told iTnews he felt confident he has left the NT police with “a clear technology strategy and roadmap in place”.

“We have completed the ground works to enable the organisation to be a real leader in the innovative use of technology in the public safety arena. My time in the NT and [the agency] has been incredible and I look forward to reading about their next rounds of successes,” he said.

The technology executive will now return to New Zealand to drive innovation in what he described in Kiwi lexicon as a “choice” role as the NZ Police’s new director of business enablement.

The NZ Police is widely recognised as a leader when it comes to making the most of new technology in the law enforcement arena.

In mid-2013, New Zealand's 12,500-strong police force became the first in the region to fully equip its frontline with mobile devices, in an effort to stave off NZ$150 million worth of government austerity measures.