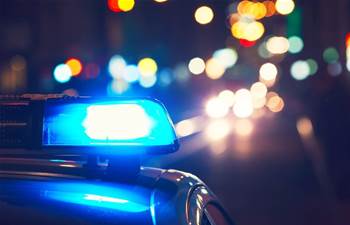 In otherwise thin budget for tech.

The Northern Territory government has brought forward just under $10 million in this year’s budget to upgrade its police force's digital radio system.

The government today said $2.9 million in reprioritised capital funding would be provided during 2019-20 to “provide improved functionality to emergency services”.

The remaining funding is slated between 2020-21 and 2022-23, with a further $0.54 million each year to be provided over the forward estimates for the ongoing operation of the network.

While the funding is principally for the digital radio system upgrade, budget papers state the investment will also flow towards the modernisation of “critical communications systems”.

The government will also provide the Department of Infrastructure, Planning and Logistics with $0.38 million in 2019-20 to improve the Territory’s biometric matching capability, which will grow to $0.5 million ongoing in 2021-21.

The funding will allow the Territory to participate in the national facial biometrics matching scheme, which federal, state and territory governments agreed to establish in October 2017.

"Territory government agencies will be able to use the data in areas including road safety, identity crime, organised crime and counter terrorism," the budget states.

What is otherwise thin budget for IT initiatives, following significant IT investments for health and policing in previous years, has also provided $8.4 million over two years for a new skills training and infrastructure package.

Dubbed Territory Workforce 4.0, the package intends to prepare the Territory's next generation of citizens for the “jobs of tomorrow”,

The bulk of the package will provide 700 Territorians with vouchers of up to $3000 each year to access future skills training across areas like automation and robotics, artificial intelligence, cyber security and data analytics.

While this year's funding for government IT projects is limited, more funding can be expected next years following the independent budget repair report, which was released last month.

The government has committed to undertake a stocktake of its extensive number of disparate IT systems across agencies in preparation for a cull.

It has also begun work to implement a new single, integrated budget management system, which will likely be centrally managed by the Department of Corporate and Information Services.