NT boosts budget of 'largest-ever' IT reform to $259m 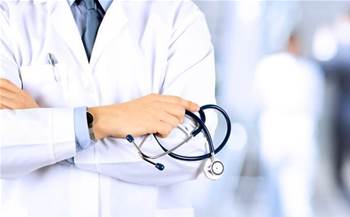 The Northern Territory government has committed an extra $73 million to its massive healthcare systems reform as it prepares to announce the winning IT contractor for the core clinical systems renewal program (CCSRP).

The territory government has called the CCSRP the "largest ever" IT reform undertaken by the Northern Territory.

First announced last May, the CCSRP will completely overhaul the operational IT environment of the territory's healthcare system over five years.

The reform is intended to give the NT’s doctors and clinicians a single view of a patient by integrating four critical clinical systems into one patient information database, accessible anywhere and in real-time.

The territory's citizens will also be able to access their personal data and manage their appointments online through a dedicated portal.

Last year the government said it would spend $186 million on the overhaul.

Over the weekend it revealed it would add an extra $73 million to the project's price tag.

Health minister Natasha Fyles said investment was needed now to save costs and resources involved in maintaining an obsolete system in future.

“We have consulted extensively with our health providers with over 600 clinicians from across the territory providing input into the system requirements that were put to tender, so we are very confident that this will meet the needs of territorians,” Fyles said in a statement.

“We are going through a challenging economic period – everyone knows this and we have been very upfront about it.

“There are times when we must take action and keep pace with upgraded technology. If we don’t, we risk future financial and health issues."

She also revealed the tender for an IT partner for the project was in the final stages, and the successful bidder would be announced this month.

In the running are Telstra Health, Epic, Allscripts, and InterSystems, according to Pulse IT. iTnews  has sought clarification.

“This is the largest and most complex ICT systems project ever undertaken in the Northern Territory and is a major investment in improving our public health system and creating jobs,” Fyles said.

“This program will consolidate the NT’s public health systems into a single ICT solution and open up accessibility to allow clinicians to treat patients across the Territory, regardless of where they are located."