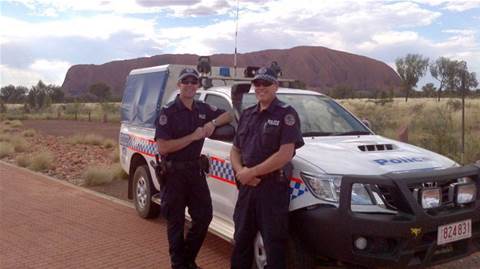 More than it wanted to.

The Northern Territory government has committed $45 million to the replacement of its police force's ageing core crimes database, despite hoping it wouldn't need to spend more than $40 million.

The money was allocated as part of the territory's 2017-18 budget, released today.

The government had promised last year to replace the 18-year-old PROMIS system it licenses from the federal police, which the AFP itself is struggling with.

Last year's pledge came after a damaging outage that sent the system offline for several days in June, forcing police to resort to manually recording their activities.

At the time the territory government said it would allocate $40 million to the project in this year's budget.

However that figure has since been revised upwards by $5 million, today's budget papers reveal.

It has allocated $8.6 million for 2017-18, and the remainder over the following three years.

The force first received $1 million in 2015 to start the replacement and map out what the new solution will look like. It was told by the AFP that PROMIS will not be supported beyond this year.

The territory will also follow in the footsteps of NSW and introduce a fuel price monitoring scheme designed to allow motorists to easily compare prices.

The FuelCheck site maps price changes for the state's drivers and is backed by an open API that has already been taken up by the NRMA in its own mobile app to guide its members to the cheapest fuel.

It has been allocated $200,000 over two years and will be operational later this year, according to the budget papers. As in NSW, the NT scheme will also introduce mandatory price reporting by retail fuel operators.

The territory's budget also includes $259 million, as previously detailed, for its massive core clinical systems renewal program (CCSRP) - the "largest-ever" IT reform the NT has undertaken.

Another $5 million will go towards the creation of an Office of Digital Government to "advance government's digital initiatives and address ICT strategy, design, and direction at the enterprise level".

The territory is also spending $500,000 to upskill teachers in digital literacy and introduce coding into primary and secondary schools.