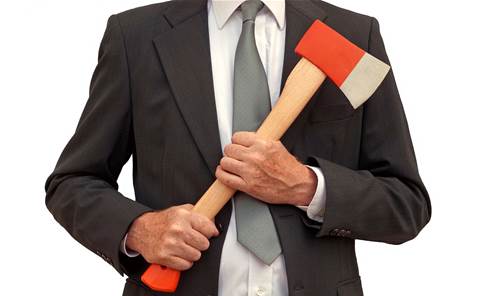 The Northern Territory government will undertake a stocktake of its vast IT estate in preparation to rationalise the number of systems across the public sector.

The actions were revealed by the government on Tuesday in response [pdf] to the independent report into fixing the Territory’s fiscal position, titled ‘a plan for budget repair’ [pdf].

The report highlights digital transformation as one of six key recommendation to help drive innovation and reduce costs across government, which has recently taken a hit from reductions in GST revenue.

It also criticises the Territory's recently digital strategy for not “hav[ing] an explicit focus on improving service delivery efficiency through technology and digitisation”.

The report points to the need to “adopt a digital-first mindset to government service delivery” to reduce the cost of delivery services to “a relatively small, remote and dispersed population”, whereas at present many government services are delivered via physical shopfronts, telephone or mail.

This could include using online government services, court videoconferencing, telehealth and drones, as well as enhancing existing IT systems with process automation to increase service efficiency.

But the report also notes numerous barriers to driving forward this change, including the government’s “limited capacity to make, large upfront investment in ICT projects” and its disparate array of IT systems.

To address the disparate IT systems across agencies, a government-wide audit of IT systems is recommended to understand the range of systems “actively used across government and their anticipated lifecycles”.

The audit would be used to create a five-year roadmap outlining major IT projects, as well as “identify opportunities to replace bespoke systems with commercial off-the-shelf alternatives that can provide similar functionality”.

This would help the government track some of its largest IT project over the last couple of years, including a $259 million transformation of the Territory’s healthcare IT environment and a $67 million IT system and data brokerage service for child protection and youth justice.

“Developing a new major system or replacement, from initial proposal to implementation can take around four years (two years for a minor system),” the report states.

“To enable appropriate planning from both an ICT and budget perspective, it is important the Territory understands the expected lifecycles of its major ICT systems and has a clear plan regarding replacement form both an ICT and financing perspective.”

Another major concern highlighted by the report is the inadequacy of the territory’s existing “whole-of-government budget system (APEX)”.

While the system allows the government to prepare consolidated budget and financial reports, it is not “capable of budgeting at the cost centre level or providing consolidated cashflow information”.

Instead, agencies rely on “a range of in-house solutions” that include “unsophisticated spreadsheet-based approaches and the Department of Corporate and Information Services’ Feenix system, as well as manual monthly cash flow reports.

“This restricts the ability to centrally monitor real-time financial performance against approved budgets and, in case of spreadsheet-based approaches, significantly increases the Territory’s financial risk,” the report states.

“To address the financial and operational risks and inefficiencies associated with the current approach, the Territory government should develop and implement a single budget management system for agencies.

“The system should be centrally managed by the Department of Information Services.”

The government has said it will commence development of the system immediately, with phased implementation to begin next year.