NSW rewrites the book on government IT funding 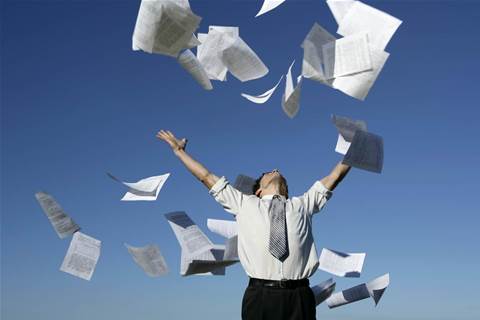 The NSW government has lifted the lid on a proposed digital investment fund aimed at breaking the stranglehold of its outdated traditional government IT funding model.

In what could become a standard to follow for other state and territory governments, plans are firming up for a central pot of funding to meet the changing nature of IT projects.

It is part of a reimagined IT planning, funding and governance model that the digital arm of the Department of Finance, Services and Innovation (DFSI) and NSW Treasury have been developing over the past six months.

The proposed investment vehicle, dubbed the 'digital restart fund', would be used to progress agile projects that align with the state’s new blueprint for delivery.

The funding could go towards government public digital infrastructure projects such as the dMartkplace or the development of common services like identity and payments that have the potential for reuse.

Chief information and digital officer Greg Wells told iTnews the proposed fund was intended "break down big, hard [funding] cycles into a more contemporary model" and accelerate the speed at which projects can get off the ground.

Administered by NSW Treasury over budget forward estimates, the fund would allow "smaller releases of funds over time to do specific [work] rather than dropping big amounts", quite unlike the traditional approach of bidding for investment each annual budget cycle.

While details of how the proposed fund will work are still being ironed out, the preferred approach is quarterly proposals from agencies against three focus areas:

However he said it was unlikely that the fund would be linear, with different rules and requirements assigned depending on whether the project was to remediate legacy technology or build a simple customer journey.

There is also yet to be a dollar figure assigned to the fund, but iTnews understands this could eventually run into the hundreds of millions of dollars.

Like many senior government technology leaders, Wells considers the current funding model “broken” and one of the major impediments of agencies IT projects.

Last year he assembled senior execs from DFSI and Treasury to investigate the pain points with the current investment model, which - in true agile fashion - are now being workshopped with agencies.

The process of reimagining the funding model has already seen both departments agree that there will no longer be any big ticket items funded to the tune of hundreds of millions of dollars.

Changes to the funding model comes as the the government continues its push to create services that align with the life events or journeys of citizens, which requires common platform components with maximum reusability.

The government has also proposed changes to how agencies approach development to ensure services have a consistent look and feel.