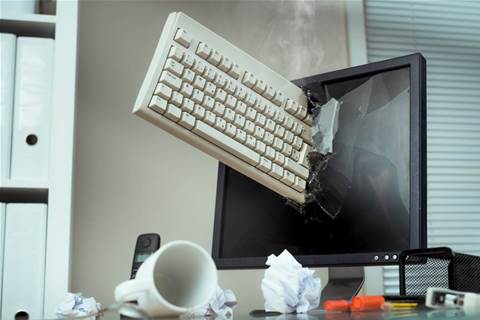 NSW's government chief information and digital officer Greg Wells is preparing to make big changes to the state's outdated government IT funding model that could result in the creation of a digital investment fund.

Just months into the top job, the public sector IT stalwart has assembled senior execs from the NSW Treasury and Finance to work out the pain points with the the model and rethink the IT investment process.

Broaching the issue of funding at a recent Australian Industry Information Association (AIIA) briefing in Sydney, Wells was frank about one of the biggest handbrakes on technological progress increasingly plaguing government: the problem of money and how it's divided.

“At the moment the funding model is broken. I think Treasury would recognise that, we recognise that and what we’re working with Treasury on is how do we fix that,” Wells said.

Wells has spent the last five months in the role pushing forward with the government digital transformation efforts and realising its vision of creating services that align with the life events or journeys of citizens.

Part of that push is focused on ensuring the NSW government has the right common platform components so to ensure maximum reusability, which will require a new approach to funding IT projects.

“So what we’re trying to look at is that if you want to do more journeys, more customer experience pipeline, what is that funding mechanism, what’s that lite-business case, that agile model that lets you do things quicker, that lets you work across agencies, as opposed to this is a bit of legacy debt I’m to replace?”

Wells said the Department of Finance, Services and Innovation’s digital arm was currently working with Treasury on designing how this might look.

But this process has revealed a lack of understanding between the pair about the IT investment process.

However, what there is consensus on, is that there will no longer be any big ticket items funded to the tune of “hundreds of millions of dollars”.

“They do realise that big, heavy Capex programs, doing it that way is not going to work,” Wells said.

“But they don’t know that this is the model that an opex, networking solution might look like. They don’t completely understand that because we haven’t articulated it perfectly yet to them.”

He said that this could be done through either “a slow lane or a fast lane”, but that a new cross-agency digital investment fund would likely be needed for the future.

“It feels like there’s also a fast lane of just a digital investment fund or something that you can call on to prioritise a journey when our customer and digital council gets together,” he said.

“Without some money to design, protoype, alpha, beta it stall straight away because it’s no one agency’s problem.”

A digital-specific investment fund is also being pushed at the federal level by the Digital Transformation Agency.

Earlier this year former CEO Gavin Slater said he had been lobbying the Finance department to look at options for replacing the traditional first pass, second pass business case process and bring about the fund.