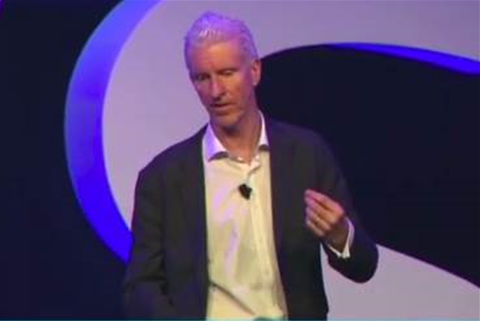 NSW Health has shifted its IT service desk and shared services contact centres onto a new cloud-based contact centre platform as part of a broader digital transformation.

“We take about 4000 calls across to our statewide service desk on a daily basis.

“We really wanted to transform that whole customer journey.”

The telephony upgrade was a late add-on to a long-running project that uses ServiceNow to digitise processes across Health.

“We had a quite an aggressive deadline for June to cut over the new ServiceNow across all of our NSW Health environment,” Rubie said.

“I got a challenge added [to that]: can you actually just upgrade all of the telephony as well and can you do it by June? This was about March that it was added to my scope of work.

“In pretty much eight weeks we did the whole cutover from on-prem Avaya ... to Amazon Connect, so an incredibly aggressive timeframe.”

With the condensed timeframe, Rubie said the cutover was essentially “like-for-like” - a cloud-hosted replica of what eHealth NSW and HealthShare NSW already ran.

The new interactive voice response (IVR) system uses the voice of “Russell”, which is the male voice in Amazon Polly designed specifically for the Australian market.

“We really just took everything that we had from an IVR perspective … from Avaya across to AWS Connect,” Rubie said.

“We moved across to the new voice, we chose Russell so that was something that we actually ran through the business just to see if they were happy with that voice side of things, [and] most of them were. And so we really just did that like-for-like.”

Rubie said that some staff had found Russell “a little bit robotic” but feedback had mostly been positive as people “got used to the voice”.

“The real value add is that we can really quickly update any of the voice messaging side of things [in the platform],” Rubie said.

The agency is using several Amazon Connect integrations to third-party tools, including Verint for workforce management and call recording (which it already used), ServiceNow and Splunk.

“[With] the ServiceNow integration, the screen pops so that as [the agent] puts in their StaffLink ID, which is your ID for NSW Health, there's a level of personalisation so there's a lot of detail that the agent already has at their fingertips,” Rubie said.

The Splunk integration is used to better manage what is going on in the contact centre environment.

“We've got dashboards that - I've got one big screen that sits next to my desk and we can actually see the call centres, where they're up to, the agents, the queues, abandoned calls, the agent interaction time,” Rubie said.

“There's a whole level of rich reporting, and we're only going to grow that as we go forward, integrating that more with ServiceNow so that we have some of that agent information: how many incidents that they've managed, how long it's taken, and pull that together with the telephony side.

“That rich reporting really has shone a torch on a dark space that we just really didn't have that reporting previously. So that's been a real win for us.”

The agency is now starting to pursue changes - minor and major - to the telephony system.

It combined with a partner - Deloitte - to slim down IVR options from seven to four.

“It was quite complex, convoluted, [and] a little bit difficult for customers to navigate those seven IVR options,” Rubie said.

“In two weeks, we took those seven IVR options down to four.

“We [also] wanted to really give clinical calls higher priority to make sure that they were covered off”.

eHealth NSW is planning augmentations to the system to alert callers of wait times and alternative self-service options if the wait is too long.

Rubie also flagged sentiment analysis as an expansion area, as well as future deployment of Amazon Connect into more corners of Health.

“Some of the other help desks that we've got in play that aren't on AWS Connect that are on some of the facilities, [such as] the local health district facility side of things, we're looking at onboarding those,” he said.

In addition, NSW Health is hoping to use voice biometrics to allow its 150,000 staff to request and self-serve password resets, which currently make up one-third of calls to its service desk.

“About 33 percent of all our calls are password resets, and if we can switch that across to self-service, that's really going to reduce the requirement from an agent perspective,” Rubie said.