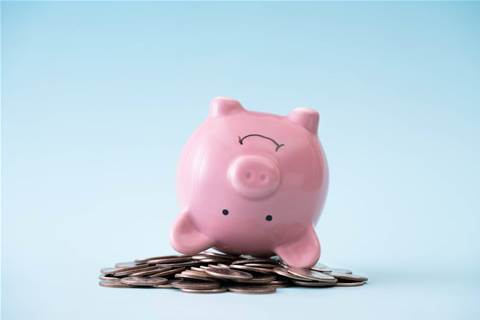 The NSW government has doled out almost 40 percent of its new $100 million, two-year digital investment fund in just the first six months, as it looks to accelerate IT projects with an agile bent.

But the magnitude of spending without underpinning legislation has drawn the ire of some MPs, who have questioned the need to establish the funds in the state's special deposits account.

In its submission [pdf] to the inquiry into the Digital Restart Fund Bill 2019, the government revealed that $38.6 million has already been approved since the fund was established in last year’s budget.

The fund, which has been introduced to help the government transition towards a contemporary IT funding model, provides $100 million for agencies to accelerate IT projects with an agile mindset.

Eligible projects include reusable common platforms – or “state digital assets” – that offer users a consistent experience consistent or legacy modernisations, with funding to be “offset by cluster expense reductions” over the next two years.

Almost half the funding approved to date ($18.2 million) is for “seed funding and prototyping solutions toward legacy system modernisation to deliver government priorities”, the government said.

This includes “$2.3 million to enable the leasing of public housing via a mobile app and $1.2 million to improve the tracking of firearms acquisition and disposals” in the firearms licencing and lifecycle management system.

Just over $9 million has been approved to progress the development of minimum viable products for “state digital asset solutions”, which “reduce costs to government and create consistent user experience”.

Half of this funding has been used for “instant verification functionality” for the ‘Working with Children Check’ ($2.5 million) and making it easier for small businesses to sell to government through the buy.nsw procurement platform.

The fund also provides $5.7 million to improve “customer experiences across life events”, including $3 million to “provide digital support to assist with the loss of a loved one”, and $5.6 million to “transform digital capability across the public sector”.

The fund will also likely be used to overhaul the state’s 20-years-old licensing system, though the government has no disclosed how many funding has been provided to the project.

The Digital Restart Fund Bill 2019 aims to establish the fund in the state's special deposits account, while specifying the sources of funds and the projects that are eligible for funding at a high level.

But with almost 40 percent of the funding allocated to the digital restart fund already spent, MPs have questioned the need for the legislation.

“Why is [the bill] necessary? What does it do that the government cannot do by itself,” Labor MLC and shadow roads minister John Graham said at a hearing [pdf] earlier this month.

NSW government chief information and digital officer Greg Wells told the hearing that establishing the funding in the special deposit account was necessary to ensure the fund was “enduring”.

“Part of delivering great services for customers is digital ... We see this as important as Snowy, as infrastructure, so we want to make sure that that is enduring and a core part of this state’s DNA,” he said.

He said that one of the advantages of a special deposit account was something that has “traditionally worked against ICT and digital projects”.

“Traditionally, again, money is generally allocated in years and if it is not spent exactly or that profile does not look exactly like that, that is when you have got to do a lot of work in terms of rolling things over and moving things around,” he said.

MPs also questioned the lack of detail in the bill, including there being no requirement for a traditional business case, and the power granted to customer service minister Victor Dominello to approve projects.

“The only governance requirement that we can see in the bill that is formally written into the law is that the minister can seek the advice of a secretary prior to making the decision,” Labor MLC and shadow finance minister Daniel Mookhey said.

But Wells said that while not designated in the bill itself, the policy behind the fund – which is currently in draft and will be improved over the next six months – detailed strict requirements.

This includes the need for an agency applying for funding to have a lean business case “screened” by the whole-of-government IT assurance function, as well as the departments of Treasury, Premier and Cabinet and Customer Service.

“I just see the better place for that process is in the policy and associated governance that supports this bill, because the bill, in the end, is really just about the mechanics of where the money is, how it flows and what sort of broad criteria to be eligible for it,” Well said.

The committee is due to report by March 17.