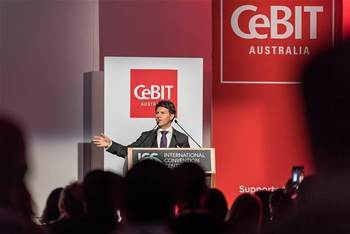 The NSW government has built a new government-wide procurement platform aimed at simplifying the process of buying and selling IT for suppliers and agencies.

“The platform will make it easier for government to find and compare suppliers, and for suppliers to market their services," he told the CeBIT conference in Sydney.

Dominello said that there was currently “no single way for government to engage suppliers and vice versa”, which had resulted “in efficiencies for both sides”.

“Selling to government is not easy. We have approximately 10,000 suppliers, all of which are onboarded through a plethora of portals across agencies,” he said.

A spokesperson for Dominello’s office said the new platform “will make it simpler for sellers to register with [the] NSW government and to maintain the currency of their information in an online process”.

“Buyers will also find it easy to search and filter qualified sellers for their needs,” the spokesperson said.

It follows consistent feedback from government CIOs, government buyers and industry that the government should improve the way it approaches procurement.

The department has been engaging with industry over the past several months to “understand the user pain points and needs from both sides”, helped by digital advisory specialist Hypereal.

The first iteration of the platform - a “marketplace for buying and selling cloud software, cloud hosting and infrastructure and cloud support services” - is set to go live on May 31, 2018.

It will be managed by NSW Procurement, and will expand over the coming months “to offer more digital and technology services”.

“The cloud marketplace - and other future Buy.NSW buying pathways - will accelerate the process of selecting a product or seller and contracting for supply,” the spokesperson said.

That platform is set for “its own transformation in the coming months to make a consistent user experience for all government buyers and sellers”, the spokesperson said.