Nokia has another cracking quarter 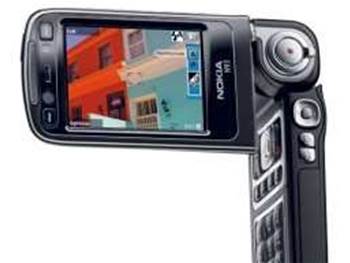 The company now has around 40 per cent of the mobile device market.

Nokia gained market share year on year in every region except North America and Latin America, where its market share declined.

The firm saw substantially increased share in the Middle East and Africa region, and modest gains in Europe, Asia-Pacific and Latin America.

This was partially offset by a market share decline in North America and a slight decline in China.

The company attributed this fall to the significantly higher proportion of entry-level device sales and the weaker US dollar.

"It was a year of important strategic initiatives by Nokia," said Olli-Pekka Kallasvuo, chief executive at Nokia.

"Facing a market that remains intensely competitive, we continue to improve our leading device portfolio as well as execution at Nokia Siemens Networks. We believe Nokia is well positioned for growth in 2008."

Analysts have praised Nokia's impressive performance, pointing out that the firm is now as big as Samsung,Motorola, Sony Ericsson and LG added together.

"These numbers were delivered in spite of some component shortages, a drop in Nokia's shipments in the US and a slight loss of market share in China," said Martin Garner, mobile director at analyst firm Ovum.

"Inventory levels going into 2008 are lower than they were a year ago, so the extra volumes have not just been filling up the channels. It is hard to see any other vendor getting close to this level for a long time."

Nokia's Mobile Phones division, which handles mid- and low-tier devices, saw five per cent year-on-year growth on quarterly revenue and 48 per cent growth in operating profit, bringing its operating margin up to 25 per cent.

Nokia Multimedia, which designs the high-end N-Series devices, saw quarterly revenue grow by 42 per cent over the year, and operating profit rise by 106 per cent.

Highlights in this division were the now ageing N73 and this year's star, the N95, which has shipped six million units so far and was the top profit generator for Nokia in the fourth quarter.

Nokia's Enterprise division reported quarterly sales up 120 per cent to €670m and operating margin up to 17.6 per cent, having broken even only at the end of the second quarter of 2007.

Star performer was the E65, although the E51 and E90 Communicator also did well.

The rise in the average sale price of devices across these divisions is down to a change in the mix for the fourth quarter favouring mid- and high-end products.

More importantly Nokia's average operating profit per phone rose from €15 a year ago to €19.7.

No financial details were disclosed for the new internet services business areas, but Nokia did say that it was pleased with progress in the navigation service and music store and with the response from operators.

"Challenges for 2008 will include bedding down the new organisation, and providing good proof points for internet services to show the finance community that the strategy is working and can deliver meaningful revenue growth," said Garner.

"Nokia must also give Samsung a hard time as it seeks to strengthen its position in low end handsets, and build share in the US without getting burnt if there is a recession."

Got a news tip for our journalists? Share it with us anonymously here.
Copyright ©v3.co.uk
Tags:
anothercrackingfinancehasnokiaquarter