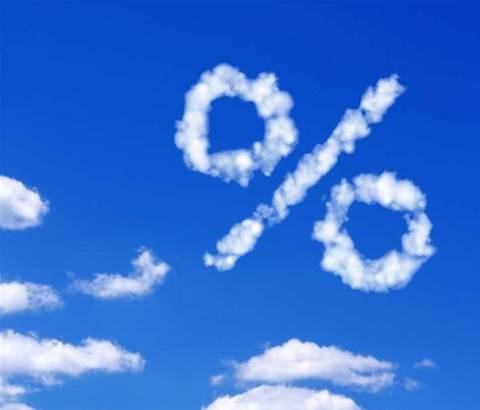 Sydney-based IaaS provider Ninefold today announced changes to its pricing structure in an effort to attract customers from large-scale cloud computes based overseas.

The start-up reduced the size of its smallest compute instance – launching the “Micro Instance” – the most bare-bones version of which will cost around AUD$0.04 per hour.

For comparison, Ninefold’s smallest compute instance upon launch was 1 CPU, 1.7GB RAM and 160 GB of storage.

Ninefold accompanied the announcement with a pricing chart that pitches Ninefold as a cheaper alternative to Rackspace and Amazon.com for one specific, small Linux instance.

The company had previously bristled at calculations made by this publication that pitched Ninefold as among the cheapest providers in Australia, but still a 20 to 30 percent premium on foreign providers. 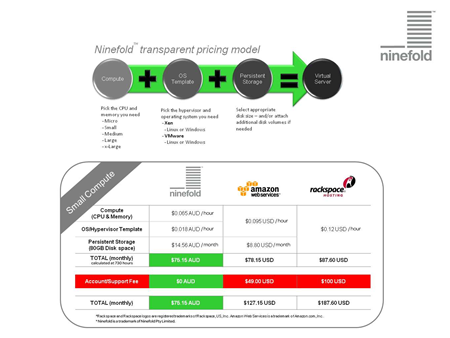 Source: Ninefold
Note: Rackspace has informed iTnews that Ninefold's comparison is flawed - being that Ninefold does not charge the $100 fee on its standard support plan, only on its managed services plan.

Ninefold supplied iTnews with specifications for each of these instances for a more detailed comparison.

What is missing from the comparison is the high cost of internet bandwidth in Australia.

What do you think? Do you consider this pricing transparent and comparable to services supplied overseas? What premium would you be prepared to pay for faster speeds, local storage and local support?