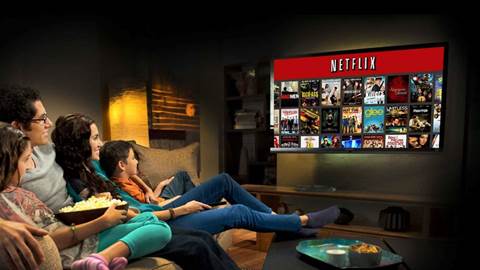 Pandemic-related limits to be relaxed 'around September 22'.

Bitrate restrictions re-introduced by Netflix and YouTube in Australia could be lifted again permanently from next week, with at least one retail service provider believing they are “unlikely” to be reinstated.

This came in response to concerns by industry that bandwidth-hungry high definition streaming services could saturate under-pressure residential broadband connections.

Days later, the government was able to get agreement from the streaming operators to temporarily drop their bitrates.

These bitrate restrictions were in place until June 25, but removed for two months, during which time retail service providers like Aussie Broadband saw “traffic levels grow significantly”.

In a submission [pdf] to the Joint Standing Committee on the NBN, Aussie Broadband managing director Phillip Britt said the bitrate restrictions were reinstated on August 21 at the request of a special pandemic-related working group comprising NBN Co and six service providers.

However, Britt flagged that the bitrate restrictions are set to be lifted once more, this time likely for good.

“We expect that the bitrate restrictions will be lifted again around 22 September 2020,” he said.

He added in a post to Whirlpool late yesterday that “the bitrate restrictions are about to be rolled off again and it’s very unlikely that they will go back in again.”

For Aussie Broadband - and other NBN retail service providers - that means streaming services will go back to consuming much more bandwidth, eventually resulting in more excess charges being levied by NBN Co.

Britt said that streaming patterns had “fundamentally changed” in the pandemic.

For much of this year, RSPs have largely been shielded from the impact of that, both by bitrate limits on the streaming providers’ end, and by a temporary bandwidth bonus from NBN Co that keeps getting extended.

The latest extension of that bonus pushes its expiry out to November 30.

Once it is lifted, RSPs will go back to paying excess - “overage” - charges for the extra bandwidth from NBN Co, and that will put pressure on revenue and margins.

If bandwidth charges resume, Britt believes something will have to give.

“With existing small margins, RSPs will have to make commercial decisions that will impact the customer; either increased costs or reduced quality of services,” he said, echoing commentary he also made back in July.

That has been a choice faced by RSPs for some time, and broadband costs have risen as a result. This has simultaneously made alternative technologies like cellular an attractive alternative for some users, particularly as prices come down and quotas go up.

Britt predicts that NBN Co’s bandwidth charges could ultimately force some RSPs out of the NBN resale market altogether.

“We strongly believe this may result in RSPs opting out of the market.

“A reduction in competition is undesirable for the long-term interests of the end-user.”

Aussie Broadband has been vocal in the past around the growing disparity between CVC that comes included with a broadband plan, and the amount of CVC actually required for the service to remain performant.

Britt's parliamentary submission suggests that excess charges as a percentage of Aussie Broadband's NBN revenue could increase from around two percent currently to just under 12 percent by mid-2022. (The graph states that it relates only to 'revenue', but iTnews has clarified this definition with the company).

Britt ultimately wants to see NBN Co’s CVC charging model axed altogether - and he is not alone in that regard. He will appear before the NBN inquiry on Friday.