Bevan Slattery calls on streaming services to use less bandwidth 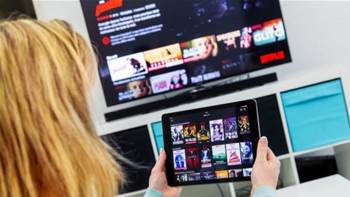 Telecommunications entrepreneur Bevan Slattery has urged streaming services to put upper limits on the amount of bandwidth they consume, and drop down on image quality, to ease pressure on residential connections.

Slattery said in a LinkedIn post that “with parents and students needing to work from home soon, bandwidth will be a premium.”

He urged streaming service providers to “start planning for this as soon as possible” so that precious bandwidth on residential connections could be freed for uses other than higher-definition video.

“To all my industry friends at Netflix, Google, Amazon, Apple and The Walt Disney Company, Stan and others, I need a favour,” Slattery wrote.

“We need you to prepare to start limiting your streaming service autoscaling features.

“You've built some really funky encrypted video optimisation capability, but unfortunately some users and networks will just not have that capability.

“Will suggest looking at no 4K streams soon and then look to down limit capacity to max HD and potentially ultimately SD.”

Slattery predicted that the amount of capacity required by large-scale work from home orders and school closures “will most likely exceed the capacity available on local services on the NBN, especially over shared HFC networks.”

“Kids will soon need to be able to videoconference into their schools for classes and 4K will be a luxury we just can't have,” he added.

Streaming services do allow users to set their own data usage tiers, based on the quality of the stream.

Slattery’s commentary around Netflix refers to its “Auto” bandwidth management feature, which “adjusts [data usage] automatically to deliver the highest possible quality, based on your current internet connection speed.”

It follows similar discussions occurring in Europe where telcos could potentially police the amount of bandwidth that over-the-top services like streaming services are able to consume.

Similar decisions are also being taken by others such as the US Department of Defense, which has decided to limit employee usage of streaming services in a bid to free up bandwidth for more critical uses.