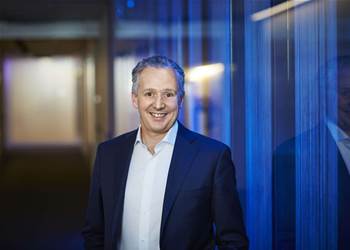 Telstra is the latest internet provider to urge NBN Co to scrap the connectivity virtual circuit (CVC) construct, warning it is driving up prices and pushing consumers to look elsewhere for broadband.

CEO Andy Penn said in a blog post that retail providers like Telstra were being increasingly hit with CVC “overage” charges to service the customer bases they had, let alone customers they may acquire in the next couple of years.

NBN Co’s newer bundled plans come with a set amount of CVC per user per month; retail service providers can - and often do - buy more than that in order to maintain performance for users.

“Under the current price constructs, predicted growth in data use will significantly increase the effective per customer price over the next three years.

“In the case of the bundles, growth in CVC overage will increase the effective price per customer between $5 and $10.

These are wholesale prices and therefore one could assume that those rises at minimum would be added to retail prices.

Penn suggested that if something radical did not happen in NBN Co’s pricing structure as far as CVC is concerned, the end result would ultimately be “network bypass”.

“Ultimately, this means fewer customers will connect to the NBN and an increasing number of customers will switch away, undermining the potential social and economic benefits of the network,” he said.

Telstra is pushing the case for simplified “one-part pricing” instead of a construct where the service costs consist of aggregated virtual circuit (AVC) and CVC components (either separate or bundled).

Penn said that removing the CVC charges would be one way to achieve this.

However, he also reiterated earlier calls for a $20 a user a month cut in NBN Co’s wholesale prices.

“Telstra recommends the overall wholesale price needs to reduce by approximately $20 and simplified so the all-inclusive wholesale price is $35 for a 50/20 plan and $50 for a 100/40 plan, with CVC and excess usage no longer part of the pricing construct,” he said.

“The prices should remain set through the medium term.”

Additionally, Penn asked NBN Co to “investigate lowering the price of superfast services (e.g. 250Mbps, 500Mbps and 1Gbps) to under $100 (based on a simplified, one-part tariff) to enable RSPs to effectively market these services to mass-market consumers.”

He also asked NBN Co to create “an explicit voice-only product at $10 per month” instead of rejigging the 12Mbps tier for voice-only services.

And he implored NBN Co to “work with RSPs and customer representative groups to establish a targeted broadband offer, addressing the needs of vulnerable and low-income customers, including aged pensioners.”

Earlier today, Aussie Broadband also pressed the case for a cheaper broadband service aimed at disadvantaged Australians, as well as a rejig of prices on 100Mbps+ services.

Penn's comments are effectively a summary of what Telstra has submitted to NBN Co as part of the network builder's wholesale price review.

Penn is likely to expand on the topic during a National Press Club address on Wednesday.