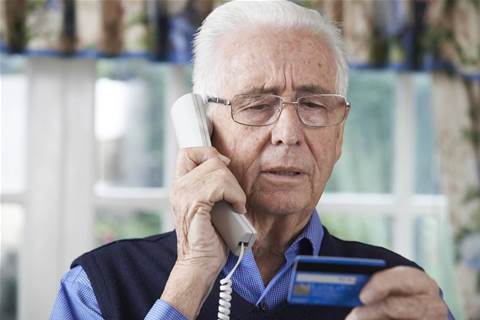 Scammers impersonating NBN Co have tricked several hundreds of people and caused tens of thousands of dollars in losses, the Australian Competition and Consumer Commission has warned.

The ACCC said scammers were calling people and offering to connect them to the NBN for a low price.

Payment is requested through Apple iTunes gift cards, but the connections are never completed.

Criminals have also impersonated NBN Co to trick users into giving remote access to their computers, the ACCC said.

The watchdog also warned about NBN fraudsters asking for sensitive personal information such as name, address, Medicare and driver's licence numbers, which they will use for identity theft and other fraud.

Older Australians in particular are being targeted.

So far, the consumer watchdog's Scamwatch scheme has received 316 complaints this year alone about NBN scammers who have caused almost $28,000 in losses.

The ACCC advised people not to sign up to the NBN via an unsolicited phone call, and not to agree to payments requested in iTunes gift cards.

People should also never give out personal, credit card, or online account details when called out of the blue, or give unknown individuals remote access to their computers.