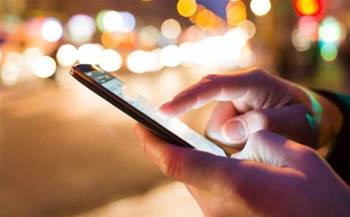 Confirmed to be below market value.

The government will face renewed pressure this year over prized 5G spectrum that is parked with NBN Co at a fraction of its commercial value.

But recent auction results in the band - including prices paid by NBN Co itself - show it is now worth between 16 and 64 times more than what was described as a “market rate” in 2014.

NBN Co also bid for some extra 3.5GHz spectrum in Hobart and Launceston, paying $1.61 and $1.29 per MHz per population respectively.

Both sets of results show the market value of the band has greatly increased since NBN Co was granted rights to use a large proportion of it for only $0.03/MHz/pop.

The results add weight to calls by Vodafone for a review of NBN Co’s rights over that spectrum, given it would sell for far more at auction today.

Vodafone last year said the 2014 allocation to NBN Co amounted to half of what is today considered a prized band for 5G.

It has now emerged that Vodafone asked the Department of Communications last August to either take back and auction the spectrum, or charge NBN Co much more than $0.03/MHz/pop for it.

The comments were only made public late last week.

“With respect to NBN Co’s metro 3.4/3.5 GHz spectrum, it is clear that if the [December 2017] multi-band spectrum auction confirms that NBN Co’s spectrum is below the market price, then the minister should either reallocate the NBN Co metro 3.4/3.5 GHz spectrum via auction (as it did in the case of the unsold 700 MHz spectrum) with NBN Co naturally able to participate in the auction, or direct the ACMA to ‘ratchet’ up the price of NBN Co’s spectrum to reflect the market price,” Vodafone said.

The government did not address the issue in its findings on spectrum management, which it published at the end of last week.

A spokesperson for Communications Minister Mitch Fifield told iTnews that an earlier response to Vodafone on the issue - dated May 17 last year - still stood.

"The Minister responded to a letter from Vodafone on this issue, explaining that NBN Co’s spectrum holdings in the 3.5GHz band are an important component of the infrastructure that will provide affordable broadband access to all Australian homes and businesses by 2020," the spokesperson said.

"Minister Fifield stated that for that reason, he was not inclined to direct the ACMA on NBN Co's holdings.

"The Minister also noted that the amount of bandwidth to be allocated to 5G services is the subject of ongoing consideration by the ACMA, and encouraged Vodafone to continue to participate in the ACMA's consultation processes on this issue."

The 2014 spectrum allocation is earmarked for use as part of NBN Co’s fixed wireless network.

However, the company has since made it clear it is interested in its own 5G play targeting city areas, which would align with the 2014 spectrum holdings.

Whether or not it could take advantage of 5G as an access technology in the multi-technology mix largely depends on whether or not Telstra thinks it would contravene existing deals between the two companies.

Unsurprisingly, it wants “continued access to current spectrum at costs reflective of the current rates [it] pays”, and said long-term planning and investment required “certainty” that prices would not fluctuate.

The first 5G networks are due in 2019, with both Telstra and Optus confirming they will have their networks ready.