Clear Secure targets US$4.34 billion valuation in US IPO

NBN Co will have to face any 5G substitution threat itself 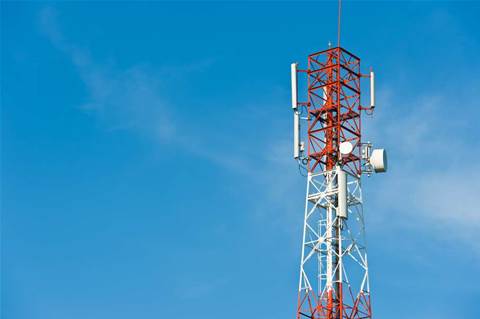 Regulator wants to stay out of it.

NBN Co won’t be protected from 5G network competition, even if the forthcoming cellular services and fixed line broadband become substitutable for the first time.

Referring to the development 5G, Australian Competition and Consumer Commission (ACCC) chairman Rod Sims said today that “what we must never do… is seek to restrain others in order to protect the NBN business model”.

“This would be a disaster for consumers,” he said today. [pdf]

Sims said that the advent of 5G meant that “mobile broadband services may become more of a viable substitute for fixed broadband.”

In particular, he said that hybrid modems - which offered both fixed and mobile connectivity options - could become commonplace, with traffic diverted onto mobile to save operators on costs associated with the NBN (and potentially increase their broadband margins in the process).

“We have long heard providers complain about low margins on the NBN, which is largely due to the variable costs of provisioning capacity to support high speeds and growing data traffic,” Sims said.

“So for those RSPs with an alternative mobile or wireless network, it may be more cost effective to offload some fixed NBN data traffic onto their own  network (where consumers have a hybrid modem) or seek to supply some services entirely over their own mobile network, completely bypassing the NBN.”

With that being said, it's unclear if NBN Co is all that concerned about 5G substitution. 5G networks require a higher density of antennas to that of 4G, likely limiting their reach - at least initially - to mostly metropolitan areas.

NBN Co is also clearly in the 5G game itself, running lab tests and sitting on sizable reserves of prime 5G spectrum.

The company could incorporate 5G into its multi-technology mix in future to serve some fixed wireless users where it made commercial sense.

A more intriguing possibility raised by Sims is the potential for multiple 5G operators to share a single radio access network (RAN).

Network sharing - particularly in Australia - has been limited so far, with some telcos co-locating LTE equipment on a single tower, but running their own separate networks.

Under a 5G model, however, the network core is highly software-defined, potentially offering greater opportunities for multiple telcos to run virtually partitioned services over the same network infrastructure.

“Bilateral RAN sharing arrangements have the potential to save operators between 20 to 40 per cent on network costs,” Sims noted.

“There is a lot of debate around internationally, about the benefits of network sharing, particularly moving into a 5G world.

“Some countries have been looking at fundamentally altering the structure of their mobiles market, moving from multiple competing mobile networks, to a shared wholesale network where operators simply buy capacity from one or two network providers.

However, he noted that he did not think RAN sharing would be seen in Australia “to any great extent”.

Even so, it was a question Sims thought was worth asking in the context of the evolution of mobile in Australia.

“There may be benefits to 5G active network sharing, particularly where it encourages smaller players to invest and roll-out new services while also enabling them to keep control over and differentiate their services, and so be active independent competitors,” he said.