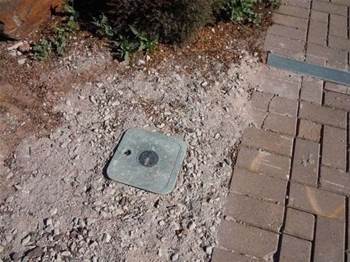 NBN Co has revealed it will make direct contact with prospective end users of its broadband network if they require an NBN field technician to attend their homes.

Service activation centre technical manager Anthony Links said that NBN Co would conduct a six-month trial whereby it directly contacted customers 24 hours before a scheduled call-out to confirm they would be home at the booked time.

"As part of the [mainland] trials we'll do a 24-hour [prior] call so we minimise the risk of an end user not being at home, but also to confirm we're being called out," Links said.

"We'll see how it progresses over six months. We may continue it or look at more options."

Appointments could be necessary, for example, if the home user requesting an NBN service through their chosen ISP did not have the necessary infrastructure in place - a network termination device on the side of the house, or any spare ports on the NTD - preventing a new service order from being fulfilled.

An NBN technician would be sent to attend the house to affix an NTD (or a second one, if the four ports on the first device were full).

Re-confirming the appointment time directly with the customer meant NBN Co had to capture and temporarily store on its systems the names and phone numbers of customers with whom it did not have a direct relationship.

A spokesman for NBN Co told iTnews that the temporary contacts would be kept physically separated from other data captured during the new connection ordering process.

"The details will be stored separately from other order information in the database," the spokesman said.

"It will also be encrypted in a way that the regular [data] isn't and when the order is complete, we have no need for it so we purge it from our systems."

ISPs would have to manually re-enter the data should they need to schedule additional appointments for NBN field technicians to attend the homes of customers.

Deletion of the data was important, not just from a security and risk perspective but also to address any perception issues that arose from the trial.

In particular, NBN Co appeared keen to allay any suggestion that making direct contact with end customers might constitute an overstepping of its wholesale-only remit or that such messages were best communicated to the customer by their ISP.

NBN Co will seek formal comment on the strategy in an appointment management discussion paper to be released later this year.

Should NBN Co be communicating directly with you, or should all contact about your broadband connection come from your ISP? Have your say below.