NBN Co floats "up to" gigabit speeds for $80 a month 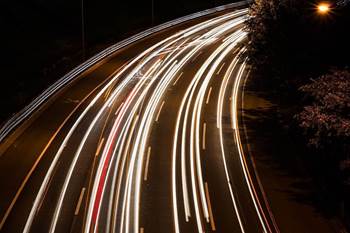 With a small uplink to slash costs.

NBN Co is proposing to slash the uplink speeds on its 250Mbps and “up to” 1Gbps services to bring them within the financial reach of fibre and HFC-connected households.

NBN Co said the new products were priced between 32 percent and 68 percent less than current products in those tiers.

The way NBN Co will do this is by axing most of the uplink.

This isn’t a new idea: in its first wholesale price review consultation paper released back in June, NBN Co proposed a cut-price 100Mbps product that would have 20Mbps uplink instead of 40Mbps.

Additionally, the new “up to” 1Gbps product would come with 50Mbps on the uplink instead of 400Mbps, and an initial 5.75Mbps of included CVC, growing to 6Mbps.

“Additionally, an almost doubling of the CVC inclusion to 5.75Mbps ($22 of value) improves the total value by almost 68 percent.”

More detail on the new 100Mbps, 250Mbps and up to 1Gbps services is being offered to RSPs through a separate consultation paper, which was not made public.

On the 100Mbps and 250Mbps tiers, NBN Co indicated that it would “over-dimension the downstream speed of both” to allow for “protocol overhead”.

This was known for the new 100Mbps service, which NBN Co describes in technical documentation as a 110/20Mbps service. It’s not clear how much extra downlink would be offered on the 250Mbps tier.

Both the 250Mbps and up to 1Gbps service comes with its own limitations, in that most users on the NBN won’t have an access technology capable of those speeds.

“The 250/25Mbps and the ‘up to 1000/50Mbps’ proposals are being considered for NBN Co’s FTTP [fibre-to-the-premises] and HFC [hybrid fibre coaxial] footprints,” NBN Co said.

The feasibility of offering these tiers in the FTTC [fibre-to-the-curb] footprint is being investigated.”

In addition, NBN Co noted, “the parameters of the new speed tiers and precise nature of the speed commitment on HFC will be developed and finalised during the consultation period.”

NBN Co said in all cases the speeds would be peak information rate (PIR) meaning that, like existing plans, users may not experience the topline speed.

Chief customer officer in charge of residential, Brad Whitcomb, said in a statement that “the introduction of an affordable, new 1000/50 bundled discount is a game-changer for the industry and an exciting innovation for data-hungry customers.”

However, that is likely to be of little consolation to the millions of users whose technology can’t support those speeds, and for which there is not presently an upgrade path to make speeds like that possible.