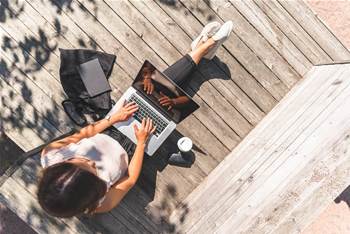 NBN Co is expecting an exodus of customers from its network to alternative 4G and 5G fixed wireless services of at least 250,000 a year for the next two years.

The network operator revealed the figures in a lengthy submission [pdf] to the ACCC in support of revisions to its special access undertaking, the key document that governs price and non-price terms through to 2040.

“Increasing competition from 4G and 5G network operators is driving sustained and increasing net churn off the NBN,” the company said.

“Based on contemporary market conditions, net churn for FY22 is forecast to be 3.1 percent or 263,000 customers.

“Net churn” suggests the actual customer exodus (or gross churn) is likely to be much higher; net churn would be offset by new customer acquisition by NBN Co.

There has been a protracted battle over the extent to which cellular fixed wireless services are considered a substitute for an NBN service.

NBN Co made a lot more noise about the competitive impacts of particularly 5G-based fixed wireless last year, in part because if the services are deemed substitutable, they could be subjected to the ‘broadband tax’, making it more difficult for these services to undercut NBN on price.

The ACCC does not view fixed wireless as a substitute for fixed-line broadband.

At least one telco that offers cellular fixed wireless has also distanced itself from being an NBN substitute, although others want to move as many NBN customers as they can to fixed wireless services, which promise higher margins than reselling NBN.

Competitive pressures are a key input into the revised SAU negotiations, since they impact NBN Co's regulated ability to recover both its sunk and ongoing costs.