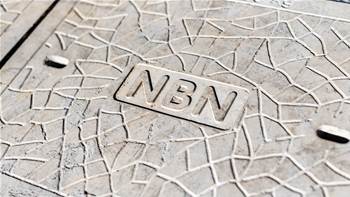 In a submission to the regional telecommunications review, NBN Co said [pdf] that any operator competing with NBN using any access technology should be “subject to regulatory symmetry, regardless of technology choices”.

The government has so far resisted calls to declare cellular technology as providing an NBN-equivalent service, mostly because these services come with quotas that are a lot smaller than what a fixed-line service offers.

However, that issue may come to a head as NBN Co examines future funding options for the unprofitable fixed wireless and satellite portions of its network.

A news report yesterday suggested that NBN Co wants to extract up to $1 billion extra from the government to remove premises from the fixed wireless footprint by giving them fibre connections instead.

The regional telecommunications review submission provides some possible context around that funding call, noting that NBN Co “is investing more than $200 million per year on average to FY25 in its fixed wireless network to help meet current performance thresholds.”

However, that investment amount is predicated on the assumption that Telstra's copper services would continue to exist in areas served by fixed wireless - something that is no longer guaranteed, with Telstra starting to talk about an ‘end of life’ date for the copper network.

If ADSL is retired, that could drive more customers onto the fixed wireless network than planned, and force NBN Co to act to reduce strain on the network,

Migrating some premises served by NBN fixed wireless to a different access technology altogether could alleviate future pressure on the wireless infrastructure.

“While the [fixed wireless] network that has been built is a tremendous asset, and incremental improvements are made on an ongoing basis, it is a platform that could be used to deliver even greater benefit with further funding and investment outside the company’s current budget constraints,” NBN Co said in its submission.

“Further investments in newer technologies with higher capacities and capabilities would be required particularly if there is a change in the available technology mix, given Telstra has flagged it is likely to determine the “end-of-life” date for its copper-based services ADSL platform.”

It’s unclear whether the report of a pitch for $1 billion of extra public money is intended as the ultimate resolution to this issue, or as a way to ratchet up pressure on the government to rethink opposition to taxing 5G and even LEO satellite operators to delay or avoid future calls on the public purse.

The regional telecommunications review submission by NBN Co pushes for changes to the application of the broadband tax to pay for future costs.

“Some newer aspects of the telecommunications regulatory framework, such as the RBS [broadband tax], may need to evolve in response to a rapidly evolving industry landscape, particularly with a view to supporting a model which sees revenues from urban areas supporting non-commercial services in other parts of Australia,” NBN Co said.

“NBN Co [currently] pays approximately 95 percent of the RBS levy, with the remaining five percent being paid by competing fixed line service operators which offer services that are substitutable for an NBN service.

“Currently, there are services in-market that are not required to pay the RBS levy, despite the fact they are often marketed as direct substitutes for an NBN service (e.g. 4G/5G fixed wireless services to the premises, and some mobile services).

“Given the NBN Co model relies heavily on services in populated areas supporting services in regional Australia, this is an area that could be examined further to ensure the charge base for the levy adequately captures all the services that are substitutable for an NBN fixed line service.

“NBN Co [also] recommends consideration of how ... new satellite providers fit within the context of the telecommunications regulatory framework including the ... RBS.”