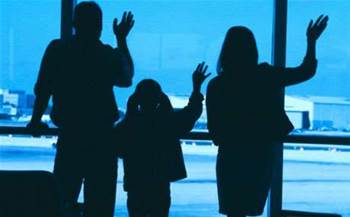 FTTP relegated to the backbench.

NBN Co has finally outlined which internet connections will be made available in which areas under its multi-technology mix national broadband network, revealing any new fibre-to-the-premise builds will be purely on a case-by-case basis.

NBN Co chief Bill Morrow said in late September the company was “close” to being able to spell out how many areas will be allocated fibre-to-the-premise, fibre-to-the-node, satellite and wireless, and hybrid-fibre coaxial technologies.

The company today revealed that fibre-to-the-node will become the default access technology for the majority of Australian premises, and fibre-to-the-premise would remain part of the network only in areas where it has already been deployed or is in advanced stages of a rollout.

The new approach will apply predominantly to brownfield developments - new developments (or greenfields) will still be subject to a policy which stipulates that all greenfields over 100 lots will get fibre, NBN Co confirmed.

The company may also accept applications for fibre from smaller developments if they are within an applicable NBN Co rollout area, it said.

An NBN Co spokesperson said that while the majority of established premises not yet connected to the NBN would receive FTTN - or in the case of multi-dwelling units, fibre-to-the-basement - there were situations where NBN Co could choose to deploy FTTP over FTTN.

He said that upon turning up to an area earmarked for FTTN, NBN Co could discover either a commercial benefit to deploy FTTP, or a copper network degraded to the point that FTTN is not an option.

The spokesman said a densely-populated business park was one example of the kind of place where connecting buildings to FTTP would make commercial sense, and would help propel NBN Co towards its target of $4 billion in revenue and 8 million premises by 2020.

Similarly, if the infrastructure in a particular area set down to receive FTTN isn’t fit for purpose, NBN Co could instead decide to deploy fibre all the way to the premises.

NBN Co is also considering offering a “fibre-on-demand” product which will allow home or business owners to purchase FTTP for an undisclosed price. The spokesperson said the company could not currently provide details on pricing, but the rules for fibre-on-demand would be released "in the coming months".

In 2012, one South Australian resident was quoted $150,000 tp upgrade to FTTP for a premise located 1.3km from the nearest NBN network boundary.

The company said it will also work with small communities wanting to co-fund an FTTP rollout.

NBN Co could not provide detail on how many premises could fall under either exclusion to the FTTN rule until the company had access to Telstra’s copper network as part of a deal currently being negotiated, and had physically inspected particular areas.

Access to Telstra’s copper, and the HFC networks of the telco and its rival Optus, hinge on the success of renegotiations on the definitive agreements currently underway.

NBN Co will provide a rollout plan for the next 12 to 18 months in the next few weeks, the spokesperson said.

According to its most recent weekly progress report [pdf], NBN Co has passed 431,873 brownfields premises with FTTP (80,441 of which are unable to order a service), with 160,965 having taken up an active service. Just under 136,500 new developments have been passed with fibre, with 63,347 on active services.

The multi-technology mix deployment principles released today also state that areas already served by Optus or Telstra’s HFC networks will continue to be covered by HFC, as will areas already earmarked to receive fixed wireless and satellite coverage.

NBN Co's considerations for determining which access technology is used in each locality include whether existing infrastructure can be used, whether delivery partners have enough construction capability, whether network complexity can be reduced by using consistent technologies, and whether the copper is degraded enough to warrant fibre-to-the-premise.

“In order to optimise the benefits of a digital economy we must first, and foremost, address the under-penetration of broadband access as soon as possible," NBN CEO Bill Morrow said in a statement.

"Universal access, sufficient speeds, affordability and the time to build are all key factors necessary for us to achieve these benefits and the MTM guidelines were developed with these in mind.

“Furthermore, these principles will give greater clarity to local communities and service providers about how the NBN is being rolled out and the criteria underpinning the choice of technology in each community."