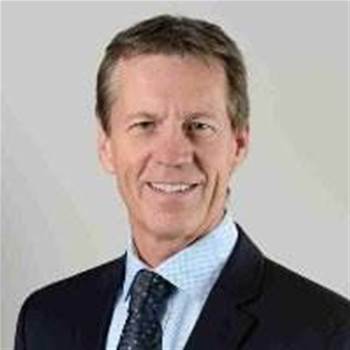 NBN Co has undergone an executive reshuffle that has seen CTO Dennis Steiger replaced along with several other new appointments.

An internal memo, leaked to The Australian, said Steiger had “made the difficult decision to leave” after just under three years in the role.

“We thank Dennis Steiger for his contributions and wish him well in his next role,” the spokesperson said.

"Now that the [multi-technology mix] deployment is well underway, we're looking forward to the next phase where Tom Roets, executive general manager of future tech and architecture, will lead the team and focus on the technology and the architecture of a network to serve our future needs.”

It is understood the CTO role has been axed entirely and that the CTO functions have been absorbed under Roets' remit.

NBN Co declined to provide the content of the internal memo, nor confirm other aspects of the reshuffle.

The network builder said it has deployed 147 network fixes and optimisation changes in the past seven months in a bid to rectify the ongoing issues.

Chief customer officer John Simon told a satellite gathering in Sydney today that the changes had delivered “stability and operating performance consistent with a quality network".

The company hoped further improvements would be seen as its second Sky Muster satellite was officially made operational today.

The combined capacity of the two Sky Muster satellites is 135 Gbps.

Services on the first of the two Sky Muster satellites was launched in April 2016. Users of NBN Co’s interim satellite service had to migrate to Sky Muster by the end of February this year.

However, Sky Muster has suffered a series of technical problems since launch that have left many users with poor services.

Simon conceded back in February that Sky Muster had not met anyone’s expectations so far.

At the time he said NBN Co was “working day and night” to fix service performance, and putting more installers on the ground to get people connected faster.

Morrow said “software bugs” had materialised when the service was put “under load”, and had not been apparent when Sky Muster was servicing less than 15,000 users.

He said it could be six to 12 months before the technical issues were fully rectified.

In March, NBN Co went on a hiring spree, recruiting ten new engineers and solution architects to try to fix the performance issues.

Simon today was keen to sell the improvements to Sky Muster, which he claimed had “seen the weekly incident rate fall by 91 percent (as of April this year) from September last year”.