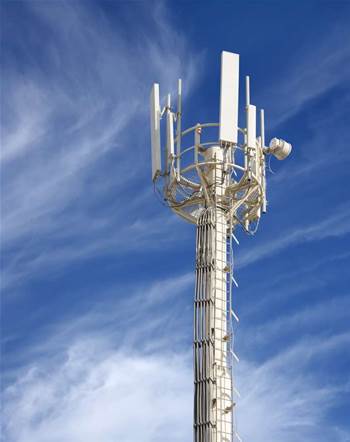 NBN Co has flipped 62 towns that were destined to receive FTTN connections under its original three-year construction plan onto fixed wireless or satellite connections.

The trend is revealed via a reconstruction of the three-year plan by iTnews, and confirms fears that some customers with existing fixed-line connections aren’t able to keep them.

These fears were stoked in late January when NBN Co refused to disclose how many premises with existing ADSL connections would only be offered a satellite NBN connection.

Numbers of ADSL-to-NBN satellite conversions are extremely difficult to track.

However, it has become apparent that NBN Co is pushing users promised FTTN connections onto its fixed wireless network instead, affecting 59 towns on the original three-year plan.

A further three locations appear to have been given satellite connections instead.

iTnews can reveal whole towns that were originally in the FTTN footprint have now been allocated fixed wireless.

They include Coraki and Tumbarumba in NSW; Childers, Millmerran, Toogoolawah in Queensland; Railton and Sheffield in Tasmania; Chiltern, Dimboola, Donald, Eildon, Nathalia, Rosedale, Rushworth and Timboon in Victoria.

In addition, a number of other towns within larger fibre-serving areas (FSAs) are finding themselves allocated fixed wireless connections instead of FTTN.

“NBN Co is always looking for the most cost and time efficient way to deliver the NBN to Australians," a spokesperson told iTnews.

“In some cases we find that are able to use our existing fixed wireless infrastructure to [service] areas that had initially been earmarked to receive a fixed-broadband connection.

“This usually means that we are able to connect these end-users sooner as we don’t have to build out new infrastructure to connect them to the nbn network.”

iTnews understands that the cost to run fixed backhaul to a town is one reason it might be shifted into the fixed wireless footprint instead.

In addition, users on larger properties - particularly on the fringe of town - may not be able to achieve an acceptable speed using FTTN due to their distance from street cabinets.

Even if none of these reasons apply, there is one consideration that does.

NBN Co indicated earlier this year that a customer with an existing or promised fixed-line connection isn’t guaranteed to keep or receive it respectively.

“NBN Co’s mandate is to provide broadband access to all premises in Australia with some form of NBN technology, whether that be fixed line, fixed wireless or satellite,” the company said.

“The technology that may already be available in an area (for example ADSL or 4G etc) is not so much a driver of NBN Co’s technology choice as other factors such as the cost per premises of servicing the area.”