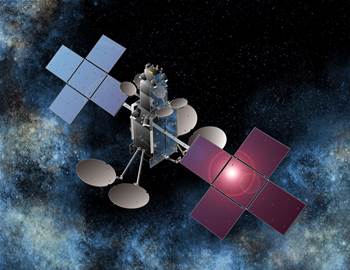 How you connect now is no guarantee for the future.

NBN Co has refused to disclose how many premises with existing ADSL connections will be offered only satellite services in future, revealing what users have now is “not so much a driver of NBN’s technology choice”.

The network builder all but confirmed that having an existing fixed line service is no guarantee of future fixed line connectivity under the NBN.

This could particularly be a problem for internet users living on the low-density metropolitan fringe, as well as those in regional or rural Australia.

“NBN Co’s mandate is to provide broadband access to all premises in Australia with some form of NBN technology, whether that be fixed line, fixed wireless or satellite,” the company said in a response to budget estimates hearings published over the Australia Day long weekend.

“The technology that may already be available in an area (for example ADSL or 4G etc) is not so much a driver of NBN Co’s technology choice as other factors such as the cost per premises of servicing the area.

“With some exceptions, satellite is typically a cost-effective solution in non-metropolitan areas where there is either no line of sight to a fixed wireless tower or where there is low population density.”

The issue of ADSL-to-satellite conversion under the NBN first received attention in early 2016 after Adelaide Hills resident Matthew Wilkinson made a series of posts to the broadband forum Whirlpool.

Wilkinson’s residence sits about 7km from the Adelaide CBD, and had been connected to the internet via Naked DSL for nine years.

However, his – and approximately 14 other - premises at the end of the road were slated to receive NBN satellite services because NBN Co did not want to install another node cabinet just for them.