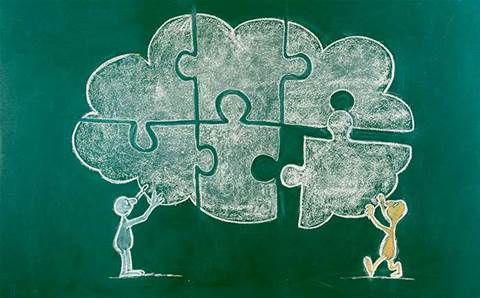 Likely to be a parcel of work from its $200m IT transformation.

NBN Co appears set to restructure the architecture and internal “ownership” of its public and private cloud infrastructure, and in doing so has revealed rare details about the platforms it uses.

For an organisation with the size and clout of NBN Co, very little on the make-up of its IT environment is in the public domain, and its historical reticence in that regard continues even today.

An NBN Co spokesperson would only confirm to iTnews what is already on the scant public record: that it operates a hybrid cloud environment and continues to build that environment out.

However, a pair of job advertisements [one and two] posted earlier this month provide a more detailed picture of the company’s infrastructure operations.

As it’s unlikely that the company suddenly lost the two internal “owners” of its infrastructure at the same time, the new architect roles more likely point to a restructure, perhaps under the auspices of the company’s recently announced $200 million IT transformation, said to be the largest project of its type in NBN Co's history.

NBN Co declined to comment on whether the new roles represent a substantive change in how the company has previously approached IT infrastructure, nor whether the work falls under its $200m transformation.

On the private cloud side, NBN Co provides clues that it may have signed on to the relatively new Dell Technologies Cloud Platform (DTCP), which also counts Woolworths among its high-profile Australian users.

The job advertisement indicates that experience with Dell-EMC “hyperconverged” kit is “mandatory”, and that the role acts as internal VMware cloud foundation (VCF) subject matter expert.

As DTCP is powered by Dell hyperconverged infrastructure and VCF software, it might form the basis of an upgraded private cloud environment.

Again, NBN Co would neither confirm or deny this was the case, nor whether it had looked at (or started using) VMware on AWS as a migration path for some of these workloads out to public cloud.

On the public cloud side, it’s been known since 2017 that NBN Co has had interests in both AWS and Azure, but not to what extent.

That mystery is now solved: one of the advertisements notes that NBN Co’s “complex enterprise IT in public cloud” comprises 80 percent of workloads in AWS and 20 percent in Azure.

For the public cloud architect and “owner”, it appears that NBN Co is keen to remove blockers to migration - and the language of the advertisement does indicate that cloud is likely a central pillar in the broader $200m IT transformation.

“This role will lead transformational change by identifying motivators for cloud adoption and unlocking enterprise challenges, defining and executing the cloud technology strategy and roadmap, as well as leading and producing solutions design, best practices and governance,” the advertisement reads.

Again, NBN Co declined to address questions around how it was making decisions around workload migration and cloud destination.

Both architecture roles carry an important piece of positioning: that they support “architecture at the level before vendor engagement, and at times [involve] assisting with some build activities.”

From that, it isn’t clear if NBN Co has engaged outsourced or vendor-based support to handle some of the migration work.

In its own massive cloud migration, NAB used multiple partner-powered paths to get workloads into the cloud, including AWS’ own managed services offering AMS.

Again, NBN Co would not be drawn on whether it is similarly using these kinds of outsourced arrangements.

An NBN Co spokesperson offered only a brief statement when approached by iTnews.

“We manage our cloud through our internal capabilities and working closely with partners.

“The two recruitment opportunities are about us continuing to operate and build our capabilities across the cloud environment.”