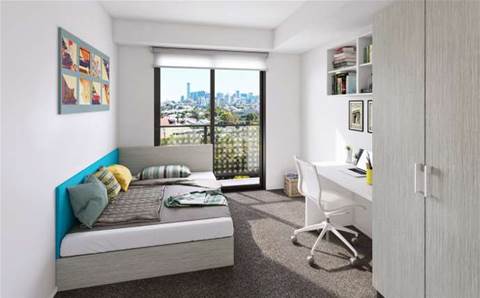 NBN Co is facing calls to endorse modems that work best on its network after internal tests uncovered some retail service provider-supplied devices that weren’t performing to specifications.

The calls were led by Labor Senator Deborah O’Neill at senate estimates on Tuesday night and backed by Twitter users.

They came after NBN Co revealed that internal tests had found somewhere in the region of five percent of modems experienced more dropouts and resyncs than expected.

“We have our network testing facility in Melbourne and we have observed certain parts of the network, and this could be on either HFC or FTTN to take a couple of examples, where we may see more dropouts or modem resyncs than we would have expected to see,” residential chief customer officer Brad Whitcomb said.

“We’ve identified certain modems and taken them into the lab to see if they’re, in fact, the cause of some of this higher rates of dropouts, and coming out of that, we did identify some modems which we felt were poor performing.”

Whitcomb said that “dozens of different types of modems were tested” by NBN Co, collectively representing an installed base of “millions of modems”.

“We picked out the makes and models that were most prevalent in the network,” he said.

“It was a rigorous test to see how the modems performed and did they, under a normal load for instance, resync when there was no reason for them to resync.

“From memory, it would be two or three times the number of dropouts from a poor performing modem versus a good modem.”

NBN Co said it had taken the results of the tests directly to its retail service provider (RSP) customers.

“Many times these results were welcomed and we found it was simply things like firmware upgrades which could get the performance of those modems back up to an acceptable level,” Whitcomb said.

“It didn’t require a physical change-out [of the device at the customer’s premises], it just required sending something over the air and changing the configuration.”

NBN Co noted that in many cases, retailers had to pursue the manufacturer of the modems they supplied in order to get a patch created. It appears most, if not all, followed through.

“We saw significant improvement in the reliability and stability of the modems when that was done,” Whitcomb said.

NBN Co faced some pressure on Tuesday night, however, to publicly disclose which modems were seen as under-performing.

This kind of disclosure, it was argued, could be valuable knowledge for end users suffering problems at home.

However, Whitcomb and CEO Stephen Rue said any publication of the information would likely breach commercial in-confidence arrangements.

“I’m not sure that’s something we can share given the commercial relationships [and that] much of it has been resolved,” Rue said.

“The retailers and the manufacturers are aware of those issues. I’m not sure we can publish that kind of information on our website.

“There’s many things you can’t do for legal or commercial reasons that you may like to do.”

Asked whether NBN Co would consider providing some sort of label or brand endorsement to modems it judged to be of high quality, Rue said it is “something we’d consider”.

The Australian Communications and Media Authority (ACMA) is also known to be pursuing a modem quality study to identify “performance matters that may impact consumers’ experience of the NBN”.