NBN Co to turn around the customer runaround 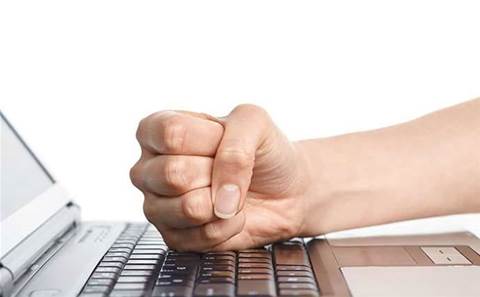 New centre to get everyone on the same page.

NBN Co has revealed a multipronged strategy to address the runaround experienced by customers when trying to work out who is responsible for problems with their connection.

The network builder is working with Australia's internet industry to address "gaps" in joint processes that were identified during a recent exercise.

NBN Co has also revealed the existence of an internal Centre of Information Quality and Effectiveness (CIQE), which it said will “equip NBN [Co] and their partners with the information required to support NBN services and end user queries”.

It is understood the CIQE is already operating under a different name. An NBN Co spokesperson declined to comment.

NBN Co has faced a rash of criticism from end users – which was escalated to senate estimate hearings in February – over the level of difficulty involved in trying to get answers on why services don’t work as sold, or who to contact for repairs and remediation.

"There’s a lot of fingerpointing on who’s to blame and a lot of gaps; the different [companies] give information related to their level of service and there isn’t an overview or very good clarity on what the role of each ... is," Australian Communications Consumer Action Network (ACCAN) policy officer Rachel Thomas said last month.

The runaround is also likely to be a contributor to rising complaints about the NBN lodged with the Telecommunications Industry Ombudsman (TIO).

In the second half of 2016, complaints rose 6.8 percent compared to the preceding six months.

NBN Co has acknowledged the growth in raw numbers of complaints – just as CEO Bill Morrow has also acknowledged the issue of the runaround – and it believes things will get better as the rollout accelerates.

“The rollout of the NBN network is a significant transition for the telecommunications industry and for households and businesses across Australia,” a spokesperson told iTnews when the TIO complaints numbers were announced in April.

“In the context of this transition and the acceleration of the NBN rollout, the rate of complaints about services delivered over the NBN network is decreasing when taking into account the rate of increase of activated premises.

“Having said that, NBN Co acknowledges we need to continue to improve the way we work with industry to ensure a better consumer experience.”

NBN Co recently wrote to the top 15 retail service providers (RSPs) seeking cooperation to fix issues, and said the response had been positive.

"We sent a letter to the most active retailers inviting them to a collaborative approach to improve the experience for the end users that are relying on the NBN, which includes our network as well as the retailer’s network," Morrow told a senate estimates hearing late last month.

"It has been an overwhelmingly positive response. We have been doing sample work with a couple of the retailers to change our processes, how we work end-to-end.

"We have discovered numerous opportunities to reduce the cycle time, improve the quality level, and improve the communication with the end user - and we are confident we will make the necessary changes to dramatically improve."

NBN Co's chief customer officer John Simon said that the exercise had allowed the network builder to identify that there were gaps "between our processes and the hand off to the RSP".

"We’re working with RSPs – in fact, the entire industry now – at identifying those gaps and making sure we can close them," he said.

"We’re reviewing with all our telco partners the end-to-end processes, particularly where we hand over information or where our process hands over to the RSP.

"For example, we are a Layer 2 Ethernet network. RSPs take our product and deliver a Layer 3 service. When our installer tests the installation, they test at Layer 2. That doesn’t mean the Layer 3 service is working; the RSP confirms that.

"Sometimes there’s a gap, so our technician walks out of the home, says it’s working, but it may not be working at Layer 3. We’re working with industry to see if our technician can do a test at both Layer 2 and Layer 3. This is taking customer experience to the next step to really lift those type of capabilities."

Though NBN Co was positive about the initiative, Morrow warned that the network remained a "monumental undertaking" and that ironing out the gaps "will take some time".

The CIQE also appears to be aimed at removing the current runaround many customers experience.

The centre will drive NBN Co, retail service providers (RSPs) and anyone else involved in the end-to-end delivery of an internet service to “design and operate scalable, high quality businesses processes to enable the delivery of consistent messages” to end users.

It will deliver training and content to contact centres run by all parties to ensure they “deliver a consistent message … leading to a positive end user experience”.

The CIQE is also set to hold all parties involved in the end-to-end service delivery to “pre-defined standards and guidelines”.

NBN Co is currently recruiting a manager to lead the new capability and drive its success.

Simon said the work was intensive as each RSP used different systems, and NBN Co had to customise how it dealt with each provider.

"It’s not a one size fits all because different RSPs approach things in different ways," he said.

"We need to work and adapt for each one of them."