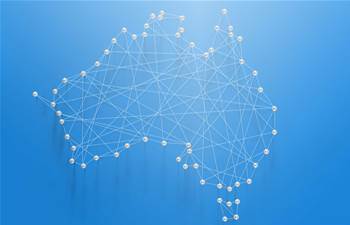 The agencies indicated in a combined policy statement [pdf] that data, sensing and in-field screening and analysis are on their collective technology investment roadmaps.

Just where they are at with some of these capabilities already is unclear; however, it appears that, as much as possible, they are set to create shared systems and capabilities.

“The ability to automate data fusion, data integration and data analysis is a common need across agencies and requires a coordinated effort,” they said.

“It is worth noting that these efforts would need to operate within current policy boundaries, ensuring that the privacy of Australians is met.”

The agencies identified needs to work with data “across a range of classifications including social media and open source exploitation.”

“Many of the agencies noted the need for greater automation with some highlighting that this should occur as close to the point of collection as possible,” they said, pointing to one potential edge use case.

Defence is already known to be building an artificial intelligence system to assist Australia’s national security posture by sifting through vast amounts of “natural language” data.

However, it is not known if this forms part of the joint capability that agencies said they want to build today.

Some agencies also said to want “remote sensors to track things” - broadly defined as contraband - as they move through border crossings.

In addition, they said that “new technologies are needed to enable the ‘in-field’ screening and analysis of items to provide timely, accurate, scientific information to support investigations”.

Edge or stream-based processing has been talked about for a number of years, particularly when it comes to sensor-based or internet of things projects.

It offers users the possibility of analysing data nearer to where it is collected rather than transmitting it back into a central data store for analysis, saving time and potentially enabling faster decision-making.

Minister for Defence Industry Christopher Pyne said in a statement that the policy statement “replaces a decade old policy”.

“We must work seamlessly across government and in collaboration with our industry and university partners to develop the best capabilities for protecting Australia against threats to our national security,” he said.

“This policy puts us in a strong position to harness the expertise and resources required to address national security challenges now and into the future.”