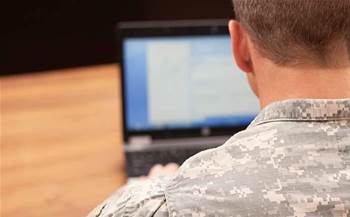 The Department of Defence is building an artificial intelligence system to assist Australia’s national security posture by sifting through vast amounts of “natural language” data.

The work is being conducted by the language technology and fusion group, which forms part of Defence Science and Technology’s major science and technology capability (MSTC) around intelligence analytics.

The group aims to create analytics tools and techniques to process, analyse, and manage both unstructured and structured natural language content.

It collaborates and shares linguistic tools with other domestic and international partners, according to Defence.

It has three specific focus areas: text analytics, speech and audio analytics, and “high-level information fusion” - the latter which is being targeted by the artificial intelligence system.

“[We are] developing an agent-based automated reasoning system for situation awareness designed to support the work of intelligence analysts,” Defence said.

The system would help “address critical problems encountered by intelligence analysts challenged by the increasing volume, velocity, variety and veracity of the information collected” in the name of national security, Defence indicated.

Those challenges are centred on “reasoning about multiple sources of uncertainty”, though the department did not go into specifics about the exact nature of problems it encountered.

It appears that, rather than use existing off-the-shelf AI technologies or algorithms, Defence is more interested in creating “novel techniques and new knowledge” on AI.

In addition to addressing national security issues, Defence said it could also use the system for some of its own challenges around understanding intelligence.

Defence is known to have trialled IBM’s Watson cognitive computing technology – which IBM calls augmented rather than artificial intelligence – to potentially aid in psychological operations.

The department ran a six-month trial of the technology to try to work out which groups of people would be most receptive to propaganda efforts. It is unclear whether the trial was converted to a production instance.