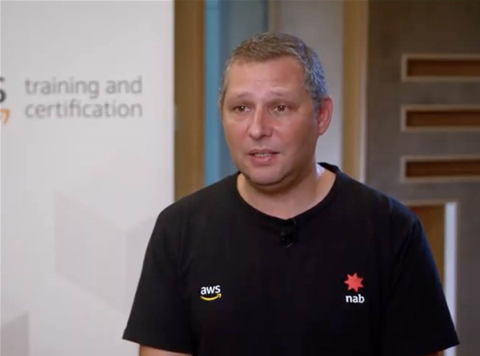 NAB has lost the founder of its much-lauded internal upskilling program Cloud Guild, which is credited as reversing the bank’s IT hiring fortunes.

Manager engineer and guild founder Paul Silver announced his departure on LinkedIn, and said he will move to an as yet undisclosed role at AWS.

“I have had an incredible time and journey with NAB, and from a personal perspective I have grown and learnt so much,” Silver said.

“I was truly supported in my time with NAB and really appreciate everyone’s help and advice.

“A big thanks to all those who helped in the NAB Cloud Guild making it a global success. I feel very humbled to have worked with such great teams and passionate people.”

NAB launched the Cloud Guild two years ago, initially to train more than 2000 NAB employees in cloud computing and particularly the use of AWS.

More than 4500 employees had been through Guild training at the last public count, with the bank home to seven percent of all AWS certified people in A/NZ - second only to AWS itself.

Cloud Guild was a critical part of NAB rebuilding internal capability after a long period of IT outsourcing.

Together with other tools and programs, it has helped NAB scale its migration into one of the largest multi-cloud environments in Australia.

The bank announced earlier this year its new end goal is to be 100 percent in the cloud.

“I love what I do. This is the first time in any organisation I've ever been at that we can actually really drive massive change culturally.

“Cloud technology excites me the most at NAB at the moment. We are doing some great things.”

“We may not hire them all but they've got a real interest in what NAB's doing. It's been great.”

Silver has extensively documented the process of standing up the Cloud Guild in a three part series on NAB's technology blog.