NAB sets end goal of being "100 percent in the cloud" 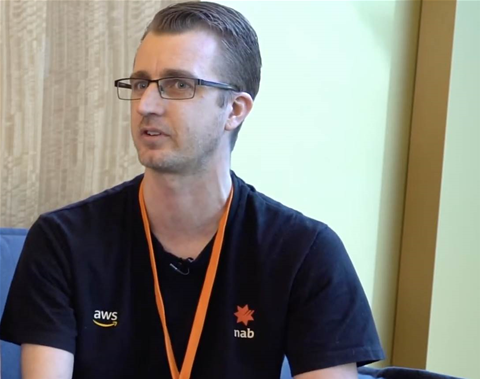 Finally puts a number on its long-term transformation ambition.

NAB has put on record a long-term ambition to be “100 percent in the cloud”, the first time it has used this number to describe its ultimate end goal.

The ‘big four’ bank is ensconced in a well-publicised transformation effort that set an initial goal of re-homing 35 percent of its IT application portfolio in the cloud by 2023.

Its progress on the migration is currently ahead of expectations, with work now focused on ‘tier one’ and core applications.

NAB has always hinted that it wanted to move much more of its application portfolio into the cloud than 35 percent (although it also plans to shutter about 15 to 20 percent of the portfolio).

The bank’s former cloud chief Yuri Misnik told an AWS conference in late 2018 that 35 percent “is a low bar for us."

“We’re aiming much higher than that,” Misnik said.

“With AWS’ help we’re moving the bulk of our workloads to the cloud, and we expect some core banking workloads to be part of it as well.”

Around the same time, NAB’s executive general manager for infrastructure, cloud and workplace Steve Day confirmed a goal to move in “much more in the long term.”

“We will consult with our regulators at a speed they’re comfortable with,” Day said.

Until now, the bank has not specifically quantified what its long-term goal was.

Its presenters have used the terminology “cloud-first” to describe its strategy position, though it appears that could be superseded by “cloud-only”.

“NAB has a pretty cloud-first strategy as it moves forward, and so broadly all teams are working across the cloud vendors and especially at the moment AWS,” senior cloud architect Paul Kukiel said in comments overnight.

“Their strategic plan is like we’re 100 percent in the cloud within x amount of time.

“So it’s not how much we will move with cloud - we’re moving everything to the cloud.”

The absence of a firm timeline to go 100 percent in is likely to be a question of how it moves more of its core banking systems to run in the cloud.

That is likely to involve both technical and regulatory comfort factors, though the bank has indicated that “core parts” of its operations are “going in[to the cloud] already”.