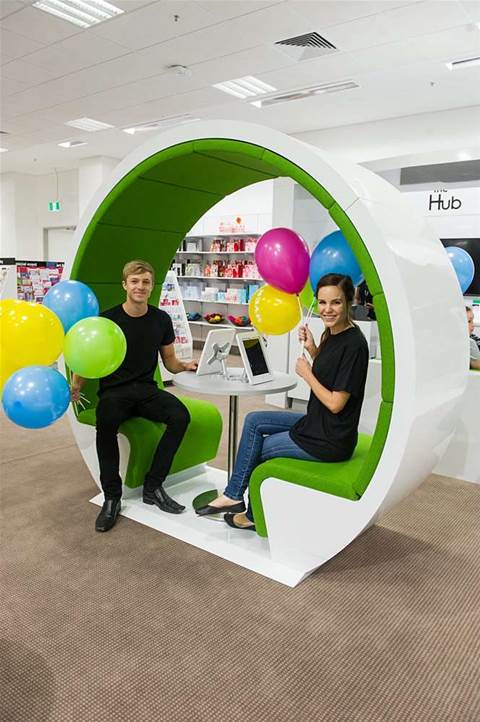 Myer is testing out a one-stop services centre called ‘The Hub’ within stores, offering customers a central location to access iPads for online shopping and ‘click and collect’ parcel pickup as well as wi-fi and iPhone charging stations.

The department store recently opened its first ‘Hub’ in its Victorian Highpoint store as a trial of the service. The success of the pilot meant ‘The Hub’ was incorporated into the design of two new stores - Mt Gravatt in Westfield Garden City and Joondalup in WA, which opened earlier this month.

The centre brings together a number of Myer’s in-store and online services in one location, in an attempt to remove the need for customers to travel to different floors to access different services.

It’s the department store’s latest push in its omni-channel strategy, which has most recently seen Myer extend its trial of in-store iPads to a full rollout of 1400 across its national network of 67 stores.

The iPads are equipped with a homegrown ‘MyCustomer Orders’ app which allows sales staff to search for inventory availability and order products for customers from the retailer’s merchandising and order management systems, using in-store wi-fi. They can also access store fulfillment capabilities.

Myer has kitted each of its three new Hubs out with a handful of iPads for customers to use the 'click and collect' online shopping service. The Hub also offers free wi-fi and a docking station for customers to charge drained iPhones.

The retailer’s gift registry and lay-by services are also located in the service centres.

“People want to shop online and come in-store to pick it up, and we want to make it easy for them,” a Myer spokesperson told iTnews.

The department chain is not planning on rolling out a Hub to each of its 67 national stores, but rather plans to target stores where it believes the centre would be most appropriate.

The new Mt Gravatt and Joondalup were an easy choice as Myer was able to physically design the stores with the Hubs in mind, the spokesperson said.

It is also considering adapting the facility to fit individual stores - smaller regional stores may not require every service currently included in the first set of Hubs, and would therefore offer a smaller version.

Myer’s digital and omni-channel strategy is being led by its first-ever chief information officer, Richard Umbers, who was appointed to the position in June this year.

Umbers - who previously served as the head of ecommerce at Australia Post - is charged with leading supply chain and payment systems as well as omni-channel, as the retailer works towards a target of 10 percent of sales originating from online in the next five years.

He officially began the role in September, immediately beginning preparation for the difficult Christmas period, which last year saw Myer suffer a week-long online sales outage during its important annual stocktake sale. Myer’s IT operations are predominantly outsourced to IBM.