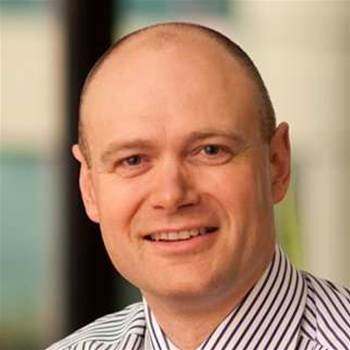 Myer chief information officer Richard Umbers has taken over as the retail giant's chief executive after Bernie Brookes today announced he had stepped down after more than eight years leading the company.

The appointment is effective immediately.

Umbers became Myer's first ever CIO in June 2014, six months after a major systems outage took its ecommerce platform offline for a whole week during the peak post-Christmas sales period.

He joined the retailer from Australia Post, where he led ecommerce and retail operations.

Myer's board today said the time was right for change at the top as the company prepares to embark on a new, data-driven phase in its transformation program.

"The board and management team have agreed that the transformation work has reached a pivotal point and it is appropriate for a new CEO to be given an opportunity to own, lead and drive the transformation program over the coming years," chairman Paul McClintock said in a statement.

"Already in his time at Myer, Richard has demonstrated that he is a contemporary retailer with the clear ability to reshape Myer in a new retail landscape."

The company foreshadowed the launch of a new business strategy that has been informed by a large-scale customer data analysis project.

"We must be more consistent in putting the customer at the centre of all of our thinking. An in-depth analysis of Myer's current and future target customer is giving us a very clear picture of where we need to focus our efforts," Umbers said in a statement.

He said today said the company recognised "the power of these customer conversations, and these insights are shaping our view of the future of Myer".

As the retailer's new CEO, Umbers will now attract an annual salary of $1.2 million plus performance bonuses.

Myer is yet to detail who will replace him as chief information and supply chain officer.