MMG flies ahead on mine incident system project 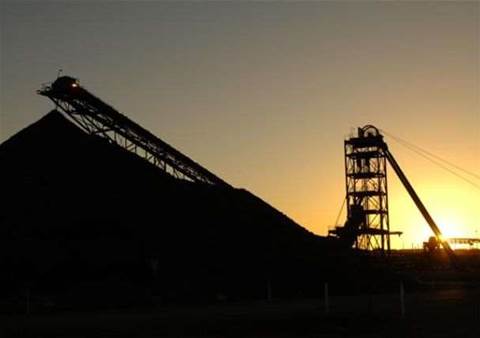 Mining firm MMG is ahead of schedule rolling out a system to record incidents like near misses and the safety observations of workers at its mine sites.

Speaking at the SAP SapphireNow conference in Madrid, health and safety systems manager Tania Fiegert said that the incident & event management system project kicked off in February this year.

The first site to receive the system was the Century open pit zinc mine in north-western Queensland, which went live in August.

"We stayed in Century ... for around two months, and provided a lot of post go-live support to embed the way the system needed to run," Fiegert said.

"Then we moved on to another series of projects — [Queensland's] Dugald River and our mine site in Tasmania in Rosebery.

"Currently we're working on the rollout at our group office in Melbourne, and in our exploration team, which is positioned all over the world."

The system was not initially scheduled to be rolled out to MMG's Golden Grove mine in Western Australia's mid-west until late December or early January but the firm fast-tracked the deployment.

"We were actually able to bring the project ahead of schedule and roll out all of our Australian sites with incident & event management by the end of December, which is a key milestone for us because we really want to start 2013 ahead of the game, on the same page," Fiegert said.

Mine workers can report incidents to the system by punching details in a dynamic Adobe form, a portal-based form or by using a "guided procedure".

"We've had really positive feedback from event recorders — the frontline users — regarding how simple and fast it is to use, and that was one of our key objectives, make it simple for most," Fiegert said.

Although the system is defined as being for incident and event management, its use is actually broader — part of a conscious attempt by MMG to "extract maximum value from the solution".

"We built a global, centralised and standardised database which is covering a whole lot of records beyond just incident management," she said.

"We use this system for incidents, near misses, employee hazard reports, safety observations, meetings, inspections and audits.

"So while this is largely a SHEC solution, it's used broader across the business to manage all sorts of audit reports, inspection reports, and meeting occurrences and actions associated with [them]."

Incident & event management is one of three systems to be deployed under a broader safety, health, environment and community (SHEC) standardisation drive.

The other systems are for environmental compliance — which is being rolled out concurrently with the incident system — and a system for risk assessment, hazard management, occupational health and hygiene "next year and into 2014".

All three systems are underpinned by SAP's environment, health and safety (EHS) management product, which is integrated with SAP human resources and plant maintenance systems, also run by MMG.

"For example, in SHEC incident management we had four systems running, and obviously that created a whole lot of difficulties in comparing our results across the business," Fiegert said.

The miner has an "extremely aggressive growth plan" for the future, but needed to think about system standardisation before it began a renewed scale-out.

"We aim to grow by about four times where we are now," Fiegert said. "We've got a voracious appetite for growth".

At the same time, Fiegert noted MMG's drive to ensure it held a "social license" in the areas it chose to operate.

"Beyond regulatory compliance, we really want to be able to demonstrate in a tangible way that we deserve to be in the areas in which we mine and which we operate," she said.

"As part of gaining that social license to operate, you need to be able to really demonstrate, have a source of proof, that you're managing your SHEC aspects really effectively."

She noted MMG is a signatory to the International Council of Minerals and Metals' sustainable development principles.

"Two key principles that drive our work are that we want to implement risk management strategies based on sound data and science," she said.

"By implementing the incident & event management project we get a lot of that data so we can effectively demonstrate that."

For MMG, two of the key advantages of having a single, standardised incident system across its global operations is being able to make like-for-like comparisons between sites and share key learnings such as safety fixes easily.

"[Previously] it was really hard to compare our reports and our data across the different sites and so we were unable to really move forward on continuous improvement objectives," Fiegert said.

"[Now] if you're an executive or lead technician, you can see at any time what's happening at the other mine sites, because there may be some information that you might be able to use in your own department."

The new system brings better analytics and reporting capabilities. The latter was key to winning support from managers and frontline workers.

"Every field that we collect information on now we can now slice, dice and develop best solutions for our issues," Fiegert said.

For incident & event management, MMG engaged SAP partner Zer01 to assist with development and implementation, and Deloitte to assist with the reporting side of the project.

The miner also has two full-time staff working exclusively on the project, as well as steering committees and other internal resources in place.

MMG mines that do not already run SAP systems will first be upgraded to SAP as part of an ongoing transformation, before being moved onto the new SHEC systems.