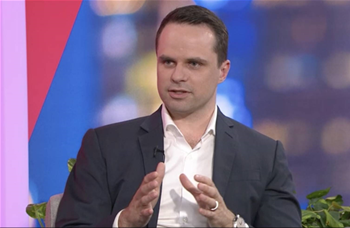 Works with Telstra, VeloCloud on transformation.

Mirvac connected all its sites with a software-defined wide area network (SD-WAN) and took managed network services from Telstra as part of a network uplift.

General manager of technology Chris Pogson told Telstra Vantage 2020 that the company pursued a network transformation over the past year, upgrading a decade-old environment.

Pogson said the upgrade was necessitated in part by Mirvac’s near 100 percent shift to operate in the cloud.

“Mirvac had made significant investment into cloud technologies and the move to cloud, so almost 100 percent of our workloads were sitting in cloud-based platforms, whether that’s public cloud infrastructure of SaaS-based applications,” he said.

“What we didn’t have and hadn’t put a lot of focus on was around the network layer.

“Our network had been designed 10-plus years prior at a time when Mirvac had a physical data centre sitting inside our head office and the whole network was designed around that.”

“We know that if you empower and enable your employees they’re going to give better customer outcomes so definitely that was a focus,” he said.

“We wanted to get access to a more flexible capability, something that could truly ramp up and down, and cost was also part of the equation.

“[Additionally], we did look for opportunities where we could rationalise a whole heap of disparate links into our different assets and just leverage that one SD-WAN capability.”

Mirvac, in partnership with Telstra, deployed a full SD-WAN across all sites using VeloCloud technology, which is owned by VMware.

The company builds and manages offices, industrial buildings, retail malls and other properties.

“We have [also] partnered with Telstra from a managed network service as well, and we’ve gone Telstra Calling so we got rid of all our physical phone lines into our data centres and sites,” Pogson said.

“That’s a whole heap of flexibility now that we’ve pushed into that network.”

Pogson said that Mirvac had in the past avoided big transformation projects such as the now-completed network uplift due to the challenges involved.

While he noted that technology, architecture and security often dominated transformation conversations, he said that “smaller, simpler things” such as communication breakdowns often caused the biggest problems and led to delays.

In Mirvac’s case, Pogson said that Telstra and Mirvac worked closely “to bring the two organisations together as one team.”

“That required a lot of leadership … to really drive that culture within the team and operate as a single unit,” he said.

“It was the single team trying to get the outcome for both organisations.

“It’s not about taking a backseat saying, ‘We’ve signed up with Telstra, they’re going to do the migration’, and just sitting back and watching it play out.

“I guarantee you will have challenges there, and I think for a lot of organisations who embark on this, that’s how they approach it.

“That’s how Mirvac has approached things previously, where we didn’t commit enough resources and focus to work with our partner to make that successful.”