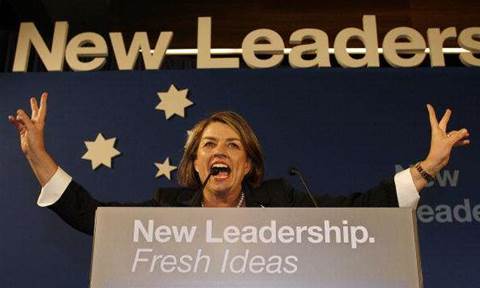 Former Queensland Premier Anna Bligh and Public Works Minister Robert Schwarten have defended the State Government’s decision not to terminate its contract with IBM, despite the payroll replacement project it was working on being significantly over time and budget.

Bligh and Schwarten yesterday took to the stand at the commission of inquiry investigating the bungled project, which is expected to cost Queensland taxpayers $1.2 billion to fix.

During what was at times a heated exchange between Schwarten and Counsel Assisting Peter Flanagan SC, Schwarten said he was aware IBM was not meeting its side of the agreement, but that the government was trying to make the best of a bad situation

“The information I had given to me, unchallenged by anyone else, was the removal of IBM, the breaking of the contract of IBM could have absolutely catastrophic results,” Schwarten testified.

“You’ve got remember we had a critical problem of a payroll — it doesn’t come much closer to the bone of government than to have employees not being paid, especially in an area where you’ve got emergency wards being staffed by people who were worried about whether they were going to be paid or not".

Schwarten told the inquiry his focus was not on removing IBM but instead ensuring people got paid.

“The easiest political route out of it would have been to say ‘IBM’s to blame … let’s see if we can scapegoat them and flog them to death and we’ll all look nice guys’. The reality is we chose not to do that.”

Earlier in the day former Premier Anna Bligh admitted it would have served the government’s political interests to pursue IBM for damages, but that she too was focused on getting the system working as quickly as possible.

In her witness statement Bligh detailed a budget review committee meeting in which she was advised IBM was a long way down the path of implementing the payroll system replacement, and the prospect of being able to quickly and effectively replace IBM, seemed a very slight one, given how long the project had taken to date.

“To the contrary, in all likelihood, the replacement would take longer, because the complexity would mean any new contractor would have to "climb the knowledge mountain" that IBM had already climbed,” Bligh wrote.

According to her statement, Bligh believed IBM had a number of key staff that were deeply embedded in the design and construction of the payroll system, and taking action that could see them leave the system would delay the rectification process, potentially by months.