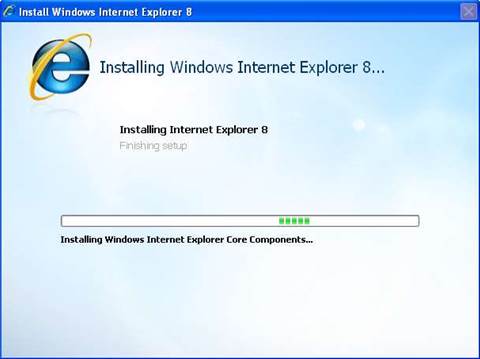 Wants users to migrate to IE11.

Microsoft has begun the end of support countdown for the popular Internet Explorer 8 web browser, revealing all versions introduced before 2011 will no longer be supported from mid January 2016.

Late last week the software giant notified users that from the start of 2016, it will only provide technical support and security updates for the most recent IE version available for each version of its desktop operating system - it urged IE8, IE9 and IE10 users on Windows 7 SP1 to migrate to IE11 to continue receiving the patches and support.

Users of the five-year old IE8 now have about a year and a half to upgrade to a newer version. Microsoft is pushing for users to upgrade to the latest IE11 version.

According to market share statistics firm NetMarketShare, IE8 ranks as the most popular desktop browser globally, currently in use with 28 percent of worldwide PCs.

For organisations using applications that require older IE versions, Microsoft recommended its Enterprise Mode for Internet Explorer 11, which was released earlier this year.

Microsoft said it would support Enterprise Mode on Windows 7 until January 14 2020 "to help customers extend their existing web app investments while staying current on the latest version of Internet Explorer".