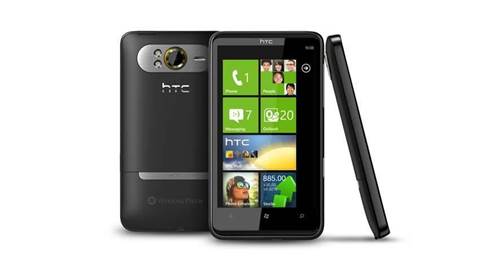 Advisory firm McGrathNicol has kicked off a pilot project to test Windows 8 ahead of a planned introduction into the company's standard operating environment.

Chief information officer Shiran Herath told iTnews the firm had spent a fortnight creating the pilot Windows 8 SOE and had rolled it out to an initial six users.

The pilot was intended to cover between 10 and 15 users eventually.

Herath said the pilot made sense as McGrathNicol was also on the cusp of a laptop refresh.

Herath said that although trial participants would be using the tile-based Windows user interface (formerly 'Metro') rather than the desktop interface, the trial hardware did not have touch screens.

It was unclear whether the firm's future choice of laptop would support the touch capabilities of the Windows 8 operating system. All the firm's hardware is supplied by HP.

McGrathNicol has, however, already started preparing a broader cross-section of its user base for a future based on a tiled Windows interface.

Staff that reach a certain level of employment qualify for a corporate smartphone. Herath said about 170 of its 350-plus employees qualified.

Mango provides a tiled home screen that is somewhat reflective of the look-and-feel of the tiled user interface for Windows 8.

"If you like, it's a precursor to what we are planning in the future [around] Windows 8,'" Herath said.

Herath is firmly in favour of maintaining a high level of standardisation in the components that make up McGrathNicol's IT environment.

His "stringent" IT strategy is based around four "pillars": Telstra for communications services; HP for IT infrastructure; Cisco for networking equipment; and Microsoft for the lion's share of the corporate application stack.

"Beyond that, we tend not to look at anything else with the exception of some very specific insolvency applications we use in the business," he said.

Herath did not see the approach as inflexible to user requirements.

"There's nothing they do from a work perspective that we stop them [from doing], but if you come and ask me to install a non standard application, I will run through to make sure it is relevant rather than [allowing] open slather [of] people doing things and installing things that we don't need," he said.

Herath said he liked having a "single throat to choke" for the different IT pillars, and believed he still received value for money from the arrangements, despite the entrenchment of the vendors.

"Contracts that we sign are generally around two years maximum," he said. "We try not to sign contracts beyond that [period of time]."

He said McGrathNicol was "well and truly below market average for spending based on revenue". This did not translate into a lack of investment, he said, but simply a focus on making sure investments were cost effective.

In the longer term, McGrathNicol hoped to create a "unified interface" across desktops, laptops, tables and smartphones.

"Whether they are checking emails on their desktop, a tablet PC or their smartphone, I want staff to have the same experience," Herath said in a recent case study.

Herath told iTnews it was "premature" to talk to the challenges of porting the enterprise experience across an array of device types and screen sizes.

Beyond "given" components like the Office suite, it was still being decided exactly what information would be included in the unified interface.

"We've got a draft going around at the moment of what it's going to look like," Herath said.

McGrathNicol has also turned its attention to populating the HD7 smartphones with applications, including Dynamics AX Timesheet and the Lync unified communications product.

Extending Lync from the firm's desktop environment to the smartphones is already underway.

One potential benefit of having Lync on smartphones is the ability to potentially cut roaming costs when McGrathNicol's advisors head overseas.

"Our thinking is that with a Lync-enabled phone. if you're travelling overseas and you get a wi-fi connection, it's a much cheaper option to make a SIP call than actually making a voice call over a third party [telecommunications network]," Herath said.

He noted that although staff would not be required to switch to wi-fi to make calls when overseas, it would be positioned to travelling employees as an option available to them.

McGrathNicol is also already thinking about a next-generation handset, commencing trials of the 4G-capable HTC Titan smartphone in June.

"We trialled [it] but we haven't deployed [it] en masse at the moment," Herath said.

Though he noted the performance difference between 3G and 4G was noticeable, the current limited coverage of 4G networks in Australia meant that the speed benefits were mainly limited to metropolitan and some regional areas.

"Once you move out of the city, the performance is similar to the [3G] HD7 we deployed," he said.

"Where we would like to see the performance improvement is when working on a remote site, such as a mine."