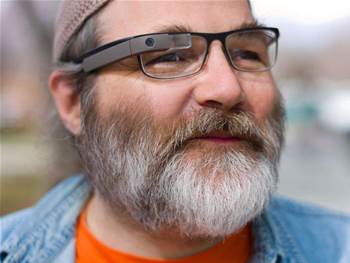 Opinion: Who will be the early adopters?

As the hype has built over the Google Glass project, most of the attention has been on consumer uses for the devices. With growing privacy concerns over wearable computing technologies – particularly glasses equipped with video – it may well turn out that workplaces become the early adopters.

Probably every industry would have some use for the devices, however some sectors may be more enthusiastic than others. Here’s a guess at a few who might be among the first users.
Logistics
One of the biggest opportunities for Google Glass and other wearable computer technologies is in the logistics industry. Already warehouse managers and trucking companies have tools to monitor stock levels and positioning, the new devices though offer more effective, compact and less obtrusive ways to collect real time data.
Taxi industry
GPS devices have become an essential tool for the modern taxi driver. Google Glass could put the directions right in front of the driver along with booking information and traffic conditions.
The glasses could give drivers warnings about the likelihood of fare evasion, assaults or robberies in the neighbourhoods they are travelling through.
In the most extreme cases, the glasses could even help network controllers communicate with drivers in dangerous situations without passengers being aware of the conversations.
Agriculture
Safety is also an important issue in the bush, particularly on farms, and Google Glass could give farmers an early warning of developing hazards before a tragedy happens.
Being able to feed stock, soil or weather information into a display could help farm operations including sowing crops, pest control or protecting cattle. Having data updated in real time enables farmers to respond quickly when conditions change.
Overlaying the data from the generation of smart, connected farm machinery now coming onto the market gives farmers a new range of insights into what’s happening on their property at every moment.
Mining
As with agriculture, safety and efficiency are two front of mind factors in mining. Wearable computers give miners more information about what’s going on around them. The sector already harnesses expensive equipment to deal with a changing and hazardous environment. Google Glass could help miners optimise the use of that equipment.
Tradespeople
Building sites have some common feature with mines, particularly when it comes to visualising how designs are going to work in real life. Having devices like Google Glass could have helped those NBN contractors stymied by bad mapping data in the project’s early stages.
For the working tradesman, using augmented reality and Google Glass could help with estimating job costs and maintenance works, such as finding blocked pipes or malfunctioning parts.
Architects and Engineers
Staying in the building industry, wearable computers could help designers planning new buildings or infrastructure.
Fly-through computer simulations of new buildings are standard architectural design tools today. With augmented reality displays designers, clients and stakeholders can visualise what anything from a new freeway, apartment block or kitchen extension is going to look like and the effects on the neighbours.
Journalism
One of the early users of Google Glass has been US technology blogger Robert Scoble. As he shows in one of his posts, the device can work for interviews but right now it isn’t ready for prime time.
When the device becomes more refined, Glass will be a useful way to take notes and interviews. There’s no doubt the limits of journalistic ethics will be tested by wearable computers as well.
Government agencies
Emergency services, medical treatment and law enforcement are areas where devices like Google Glass will prove invaluable. Having a mobile head up display of critical information during life threatening situations will prove to be an essential tool for early responders.
Those are just a few of the areas where wearable computer technologies like Google Glass are going to be adopted into business, there will be countless more in ways and in fields we don’t expect.
For managers, wearable computers and the internet of machines are at the edge of the big data tsunami which is seeing every industry swamped with information about its operations, customers and markets.
Showing enterprises how to manage the flow of data and use the knowledge wisely will be a great opportunity for app developers, IT departments and CIOs as wearable computers become common in the workplace.
Got a news tip for our journalists? Share it with us anonymously here.