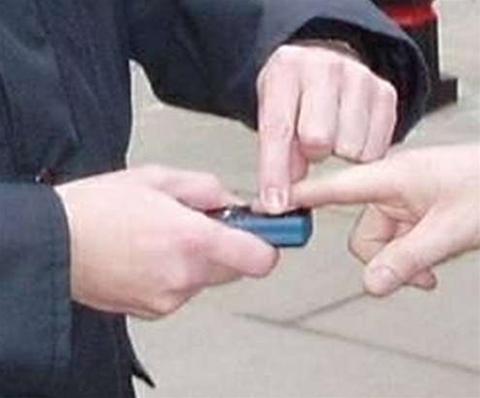 A total of 350 devices dubbed “MobileID” will be issued to police across 12 boroughs in London in the next year, following lengthy trials by the UK’s National Policing Improvement Agency (NPIA).

The MPS said the devices would not store fingerprint data, but would accelerate the identification of suspects.

Every person arrested for a recordable offence in England, Scotland and Wales has fingerprints stored in the database. It had over 8 million individuals 'ten-prints' in 2010.

"Evidence has shown that a full identification arrest can tie-up both the subject and the police officer for several hours."

The mobile fingerprint scanners were part of the MPS Commissioner’s commitment to “making better use of technology to fight crime”.

Privacy watchdog Privacy International said pushing forensics processes from the laboratory to the street was a possible breach of human rights law because it could be used to extract data before an arrest was made.