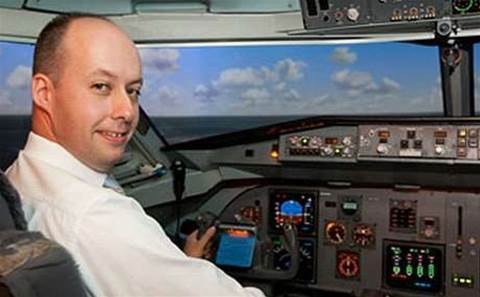 Next round in public battle.

Victoria’s opposition wants the government’s spat with the state privacy commissioner to be scrutinised by an upper house committee before it makes a decision on whether it will vote for a controversial bill effectively sacking current office holder David Watts.

The state's Liberal National coalition is using its numbers in the legislative council to prolong the saga, which has seen the Andrews government pitted against two statutory office holders who stand to lose their jobs if the bill is passed.

The amendment to the Victorian freedom of information act was first introduced to parliament in June last year and has since passed the legislative assembly.

Touted as an enhancement to FOI rules, the bill cuts down on the default agency response time from 45 days to 30 days.

But it would also effect a merger between the current FOI office and the office of the Commissioner for Privacy and Data Protection, whose respective staff would come under the leadership of a new independent information commissioner.

Current privacy commissioner Watts has taken a vocal stance against the bill, threatening to resign if it passes.

He said merging the competing interests of information access and privacy under a common umbrella would cause “structural schizophrenia”, and accused the government and public sector union of enacting a vendetta against him.

Shadow special minister of state Gordon Rich-Phillips has seized upon Watt’s cause, aiming to “ventilate” the spat in public.

Yesterday he told parliament the bill was “largely about nobbling the two office holders, in particular the privacy commissioner”.

“We have seen how the relationship has developed between the government and the privacy and data protection commissioner over the last two years," he said.

“It is unacceptable for this government to terminate two statutory officers because it finds dealing with one inconvenient.”

When debate resumes next week, Rich-Phillips will seek to have the matter sent to the upper house’s legal and social issues committee for review, where the parliament can hear from the privacy commissioner, the FOI commissioner, the Law Institute of Victoria, the Department of Premier and Cabinet,a nd Special Minister of State Gavin Jennings.

He also flagged the opposition's intention to order a number of tweaks to the bill - including job protection for the current privacy and FOI office holders - ahead of it deciding whether or not to support it through the legislative council, where the government does not enjoy a majority.

Labor MP Cesar Melhem got up to back the bill, saying the merger “just makes sense”.

“I think it just makes sense to actually have the two offices merge into one instead of having two separate bureaucracies, because sometimes there might be a bit of debate about who is doing what," he argued.