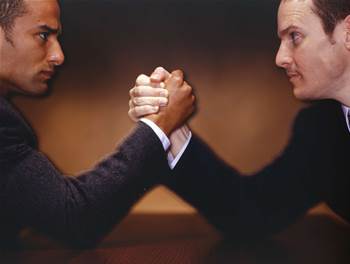 Claims union is behind attempts to remove him.

Victoria’s Privacy Commissioner has dragged a public sector workers union into his campaign against the state’s new privacy and FOI structure, claiming the CPSU is behind government plans to dismantle his role.

Long-serving commissioner David Watts is locked in a very public spat with the state government over its plans to introduce new privacy legislation that would see FOI functions bundled into the office of the Commissioner for Privacy and Data Protection, and Watt’s role subsumed into that of a broader Information Commissioner.

He claims the restructure will inject a conflict of interest into the agency and water down the government’s focus on privacy and cybersecurity.

Today he upped the ante by voicing suspicions that the restructure is being driven by the Community and Public Sector Union in a backlash against his decision to ‘redeploy’ staff after the office’s previous restructure in 2014.

Watts and the government have traded blows over an alleged lack of consultation with the office ahead of the proposed laws entering parliament. The Privacy Commissioner claimed he wasn’t asked to provide feedback on the the bill until it was too late to make any changes.

He today penned an open letter detailing a series of private meetings with chiefs of the Department of Premier and Cabinet, in which he claims secretary Chris Eccles told him “it was too late to express those concerns [about the bill] because the matter had already been decided”.

At a later meeting Watts claimed deputy secretary Tony Bates implicitly agreed with his allegation that the union was driving the reform.

“At that time I asked Tony Bates why the legislation was being amended specifically to remove me at the instigation of the CPSU. Tony Bates did not contradict that construction of events. Rather, he commented that ‘the unions have long memories’," Watts wrote.

The government, on the other hand, claims Watts was “invited to provide feedback ahead of the drafting of the bill".

Watts concedes he met with DPC officials about the changes twice in early May, but says he was only invited to offer his thoughts on May 24 - the same day a press release was issued about FOI reforms.

The CPSU has denied any unwarranted involvement in the matter and urged the Privacy Commissioner to “reacquaint himself on his obligations under his own Act, our enterprise agreement, as well as the VPS code of conduct”.

“CPSU provides support and representation for our members in many agencies undergoing change across the Victorian public service and this was no different several years ago during the merger that created CPDP," a spokesperson said.

“The claims made by the CPDP commissioner are unwarranted, false and indicate a complete misunderstanding of our role in the workplace."